Calling all SJ Alpha members! We recently had the privilege to sit down with the legend behind the hit series Naruto, Masashi Kishimoto! Read all about it and get an inside look into the mind of this creative genius!

Only annual subscribers of Weekly SHONEN JUMP Alpha will have complete access to our full interview, as well as the chance to watch Masashi Kishimoto draw a sketch of Naruto from start to finish!

All this is available for SJ Alpha members only! Sign up now and get access to our exclusive interview! 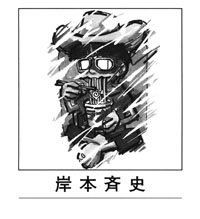 Author/artist Masashi Kishimoto was born in 1974 in rural Okayama Prefecture, Japan. After spending time in art college, he won the Hop Step Award for new manga artists with his manga Karakuri (Mechanism). Kishimoto decided to base his next story on traditional Japanese culture. His first version of Naruto, drawn in 1997, was a one-shot story about fox spirits; his final version, which debuted in Weekly SHONEN JUMP in 1999, quickly became the most popular ninja manga in Japan.