Masakazu Katsura is best known for his superhero and beautiful female character designs. Let’s delve into the figure known as the “secret weapon” of SHONEN JUMP and Tiger & Bunny!

First serialized in Weekly SHONEN JUMP in 1981, Masakazu Katsura survived through two different “Golden Ages.” From when he was first serialized with the likes of Dragon Ball and Slam Dunk, up until WSJ’s renaissance with heavy-hitters such as Naruto and One Piece, Katsura’s romantic comedies held their ground against some crazy competition! 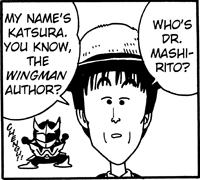 Helping him along the way was his good friend Akira Toriyama of Dragon Ball fame! The two developed a close friendship since they were first discovered by the same editor—Kazuhiko Torishima (the unspoken model of the “evil character” in many series!). Katsura inspired Toriyama’s famous “Fusion” in DBZ. Together, the dynamic duo created a few one-shots such as Chisae-chan Goo! and Jiya. 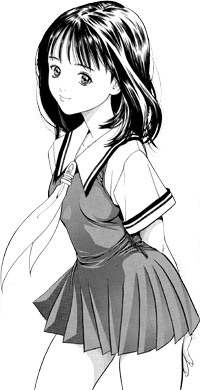 Katsura first burst onto the manga scene with his superhero manga Wingman in Weekly SHONEN JUMP in 1983. He followed that series with two romantic comedies, Video Girl Ai and I”s, both translated into English by VIZ Media. A lot of present-day love comedies in today’s JUMP owe their success to the original blueprint created by Masakazu Katsura.

No matter the setting, Katsura’s characters and their relationships are grounded in reality, a truly innovative concept in a magazine full of shonen wonders and fantastic powers. Almost every reader waited with bated breath to find out what happened to Ichitaka of I”s, and everyone fell in love with Ichitaka’s love interest, Iori (pictured right).

K2R Fact: Watch the anime for I”s for free at vizanime.com! 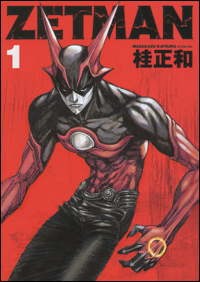 Katsura’s latest series Zetman is currently serialized in Young JUMP. Zetman is a gritty tale that delves into the dark psyche of two protagonists—Zet and Alphas. Though both want to protect the innocent from vicious creatures known as Players, the two are at odds against each other. In the end, readers are left questioning what exactly is justice and what is evil. Zetman is Katsura’s true masterpiece— an edgy superhero comic with cute girls and a masterful plot with dark emotional undertones.

Manga and anime fans might be surprised that the character designs for Tiger & Bunny were done by Katsura! But it all makes sense since he is a huge superhero fanatic. Although Zetman and Tiger & Bunny are both hero-centric tales, it’s interesting to see the differences in their respective styles. What’s next for Katsura? Only our imaginations can limit what we can expect from this pioneer!

K2R Fact: Zetman will become an anime in Japan in April 2012.

Want to learn more about Masakazu Katsura's involvement with the Tiger & Bunny anime? Click here for our exclusive interview with the producer of Tiger & Bunny!

Check out Katsura's original character sketches, plus a special pull-out poster in the Read & Watch Issue!