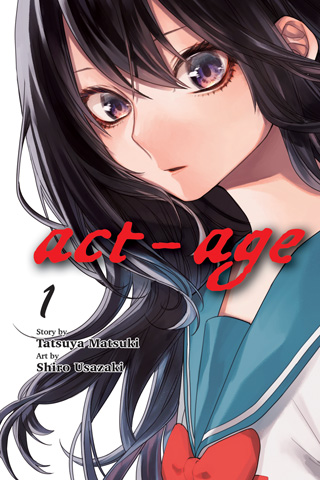 It’s been over a decade since I first started working for SHONEN JUMP, the passing years full of thrilling adventures (Impel Down!), epic battles (Itachi versus Itachi) and awesome displays of strength (One-Punch Man!). Over time, I’ve come to expect these things whenever a new series begins—we are talking about a shonen publication after all… But every once in a while, a series comes out that flips all those expectations on their heads. That said, please allow me to introduce one of the more original Shonen Jump titles I’ve ever read—Act-Age, a manga series about acting!

To Be or Not to Be

Kei Yonagi doesn’t look like your typical shonen protagonist. From gender to personality to physique, most everything about her points to shojo more than shonen, but dig deeper and you can find the Shonen Jump manga spirit residing within her. No, she doesn’t possess superhuman strength or magical powers nor is she a secret descendent of a long line of warriors destined to fight demons. She’s an actor. But one who needs to find the strength to continue in the face of adversity.

Kei Yonagi is poor. Her father is absent and her mother deceased. She has two younger siblings who depend on her, but she’s still just a high school student. Kei does possess one talent, but that same talent also wreaks havoc on her mental health—acting! When Kei acts, she doesn’t just assume the role of a character, she BECOMES the character, and we’re talking about a complete transformation, including her perception of reality. Every time she takes a deep emotional dive to get into character, it takes a toll on her mental health. But it’s thanks to this dangerous method-acting technique that she catches the eye of the famous director/producer, Sumiji Kuroyama. 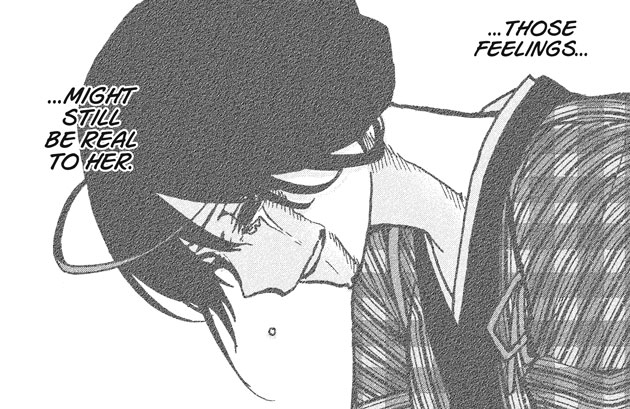 And that’s where our story takes off! Kuroyama is well respected in the international film community, but barely known in his own country. The reason is not because he lacks the vision or skill to lead a mainstream project, he just has another, loftier goal in mind than making a commercial hit. But in order to achieve that goal, he needs to find what he considers an “uncut gem” of an actor who he can shape and mold into his ideal lead. Could it be that he has finally found that one missing piece in Kei Yonagi? 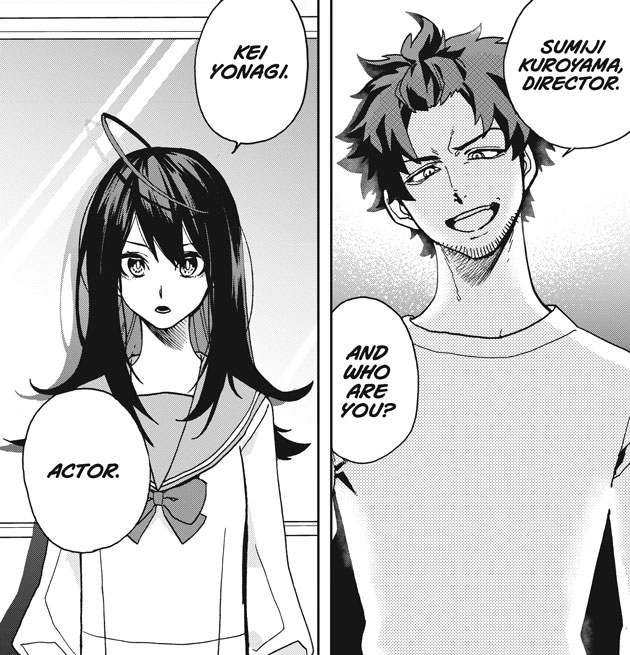