Team Jump went to Jump Festa 2016 and got a chance to interview a bunch of manga artists! We asked all of them the same set of eight questions for this series of brief interviews.

Shonen Jump: In a word or two, what does Shonen Jump mean to you?
Oda Sensei: It’s a way to pass the time. It shouldn’t be anything more than that, and it’s not less than that. It’s a momentary break of amusement experienced as you live your life each day.

SJ: What about manga?
Oda Sensei: My answer is the same for manga—a way to pass the time. And Shonen Jump is no exception. And I want to become the king of passing time!

SJ: Is there something that you are really into or excited about recently?
Oda Sensei: Japanese sake. I recently finally realized the deliciousness of sake. 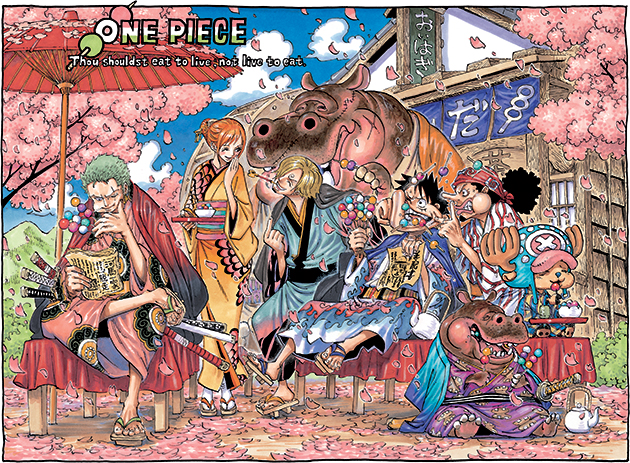 SJ: Do you have a favorite?
Oda Sensei: Hitakami sake is really good.

SJ: Is there something you are excited about for 2016?
Oda Sensei: Let’s see. Excited about...? Well, maybe that’s not the best way to describe it, but a new movie is coming out next year, so that’s all I’ve been thinking about lately. So I’m hoping it can come out as soon as possible next year. 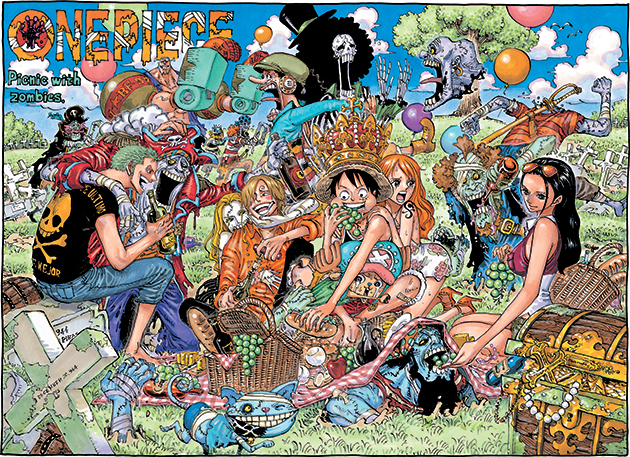 SJ: Have you ever had dreams about your manga characters?
Oda Sensei: Nope. I think about One Piece every second I’m awake, so it’d be a problem if I also dreamed about it. My brain couldn’t handle it. I need a break from One Piece at least when I’m sleeping.

SJ: How does it feel when you come to events like Jump Festa and see so many fans?
Oda Sensei: It really becomes clear to me that so many people are reading my manga. I’m usually stuck in my room drawing all day, so I don’t really see people reading my work. Being here and seeing so many people talking about the series wakes me up to the fact that it’s actually popular. I really appreciate these events for that.

SJ: There are a lot of fans out there who read your manga in English. Do you have a message for them?
Oda Sensei: The story of One Piece will continue to heat up this year. From this point on, only amazing things will be happening, so I hope you can keep reading it.