Hello, I'm Marlene First! You may know me from the Shonen Jump Podcast and as the editor of series such as World Trigger, Seraph of the End, Toriko, Dragon Ball Super and Astra Lost in Space. But today, I’m here to talk about all the fun and exciting details in Haikyu!!, Volume 3! Haikyu!! volumes are released on a monthly basis and the series has been one of the biggest highlights of my time working at VIZ. I hope this post gets you excited for this volume! 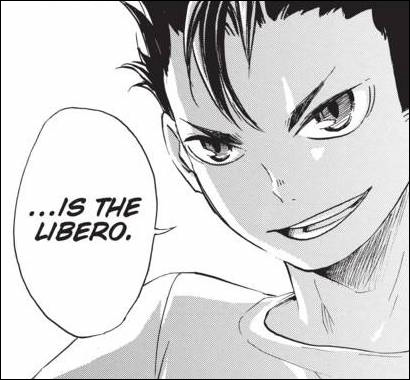 Haikyu!!, Volume 3 introduces three more characters—Yu Nishinoya (Noya, AKA the guy on the cover of the volume), Asahi Azumane, and Keishin Ukai. Noya was the team's libero and Asahi was the Ace, but after an argument they both left the team! Noya is sort like a second Tanaka—very loud and energetic and an all-around fun guy who also worships Kiyoko.

He's also shorter than Hinata!! But that's okay. A libero doesn't need to be tall. They are the defensive specialist who subs in for the middle blockers when they are in the back row and not serving. He's also got some of the best T-shirts in the series! 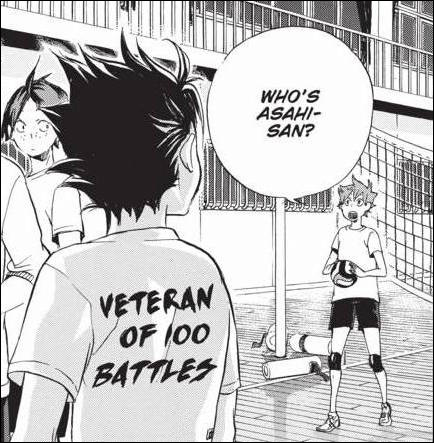 Asahi on the other hand is the complete opposite from Noya. He's more reserved, quiet and spineless…with the face and height of an adult! He really does have a glass heart. But Asahi’s height, power and enjoyment of the game make up for his shortcomings. He was Karasuno's best player and thus the Ace! This volume is about trying to get the two of them to come back to the team. 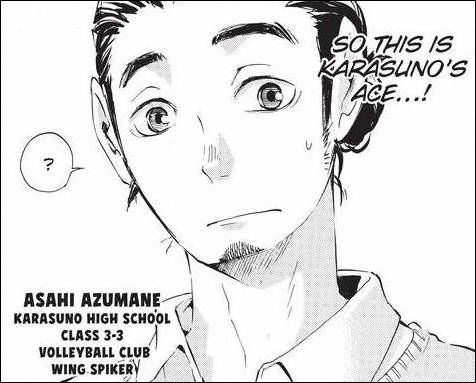 The last character to be introduced this volume is Keishin Ukai. He is an alumnus of the volleyball club and an employee at everyone's favorite corner store, Sakanoshita Market. Keishin's grandpa is the former coach of Karasuno's volleyball club and Takeda Sensei wants Keishin to step up and coach the team! 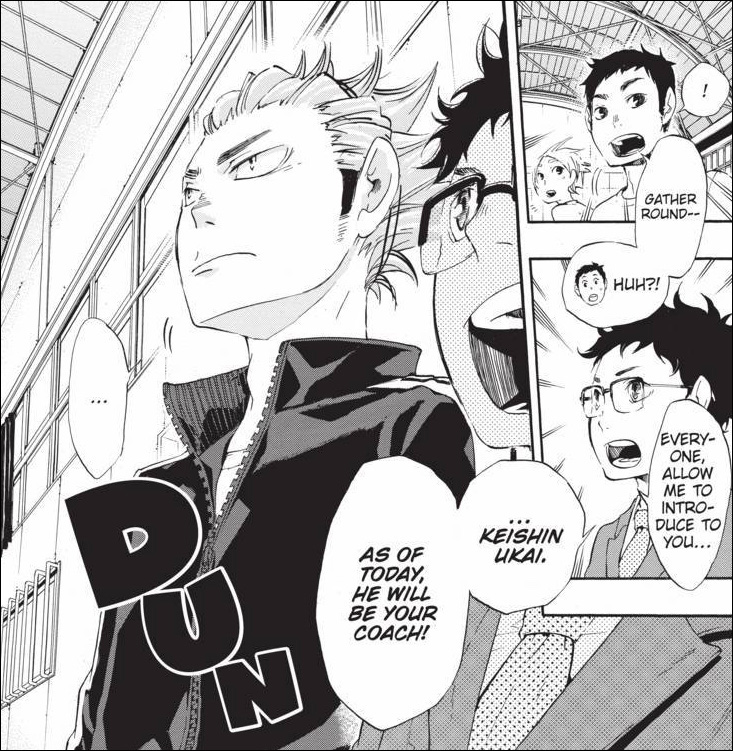 One of the most unexpected aspects of working on Haikyu!!, a long-time favorite Shonen Jump series of mine, is actually learning about all the rules, positions and sets in volleyball. While you don't need to know anything about volleyball to understand the series, there's a lot of technical details throughout this volume and others. The Japanese rules and terms are slightly different from the English ones, so I did end up looking up a ton of volleyball reference materials and watching videos to better understand the action in the manga. I am proud to say that I was able to watch the Olympic volleyball matches and actually understand what was going on! 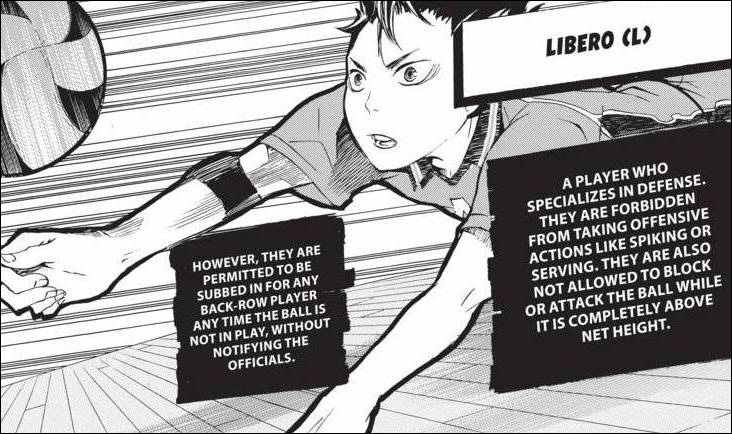 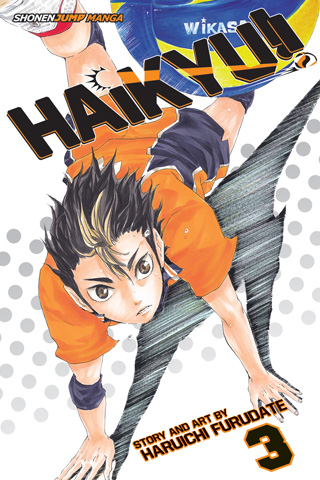 This volume is really all about bringing the team back together and covering the holes in Karasuno's offense and defense that were revealed during the practice game with Aoba Johsai in volume 2. Tsukishima and Hinata are really bad at defense and receiving, so convincing Nishinoya to join the team again is critical if they want to have a chance at making it through all the preliminary rounds of the summer Inter-High tournament. Asahi is also a crucial part of the team. As the ace, he is the one the team depends on when they are in a pinch in games. If they want even a sliver of hope of beating Aoba Johsai and Oikawa the Great, then both of them are needed back on the team.

This is really an exciting volume. The entire series has had me laughing out loud since the beginning, and Noya and Asahi just add to that excitement! Between the serious, heart-racing matches and the comedy, there's a lot to look forward in this volume and the entire series as a whole, so I hope you pick up this book and enjoy it (and the rest of Haikyu!!) as I do! Happy reading!!