Volume 14 of Anonymous Noise opens up with a bang! Is your beloved boyfriend breaking up with you while you’re performing live onstage the worst thing or best thing that could ever happen to you? For Nino, I think the answer is, “Both.” 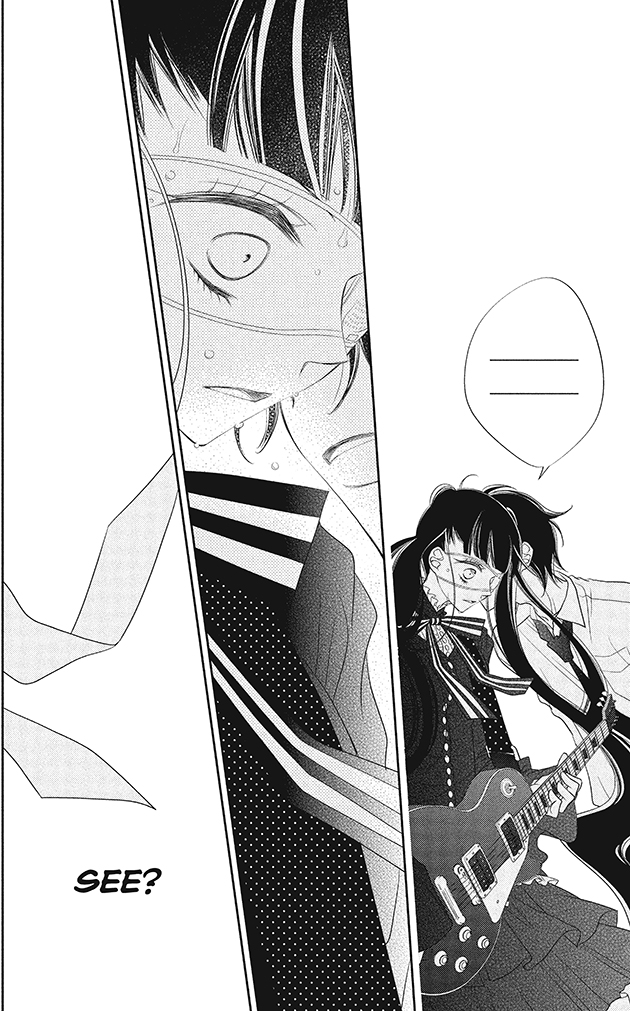 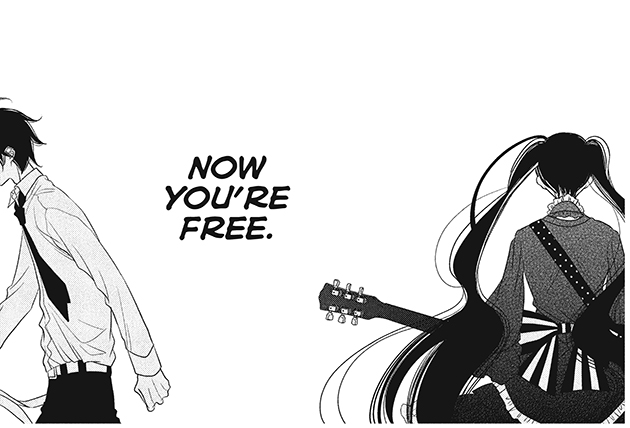 Nino had been in a major singing slump because she could only give a passionate performance when she was in anguish. Momo set her singing free again by breaking up with her. It sucks that Nino couldn’t overcome things on her own in time, but I think Momo really was trying to do what was best for Nino and her career. That bit of self-sacrifice won me over, and it does seem as if the breakup was for the best right now. (It still sucks though!) 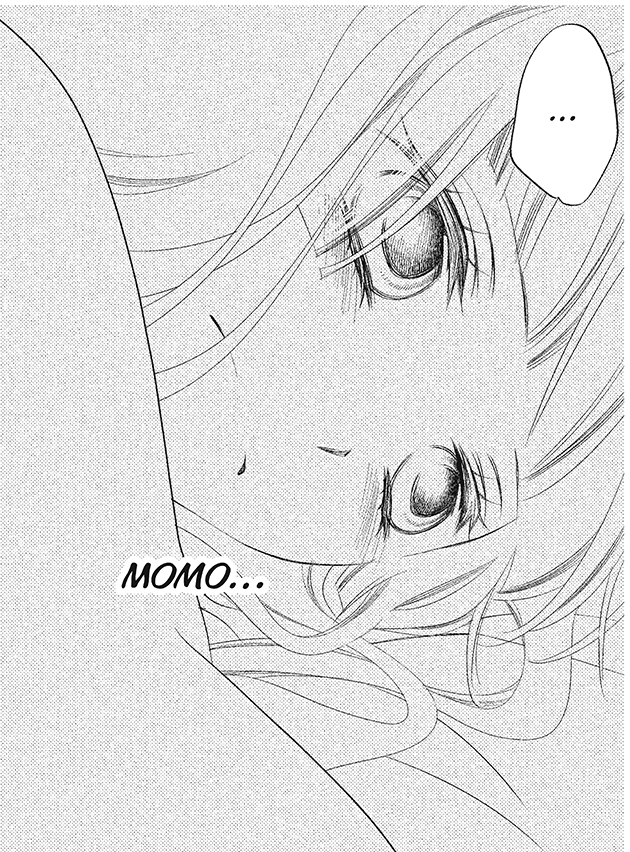 In the meantime, Haruyoshi feels insecure about his future, especially with the band. 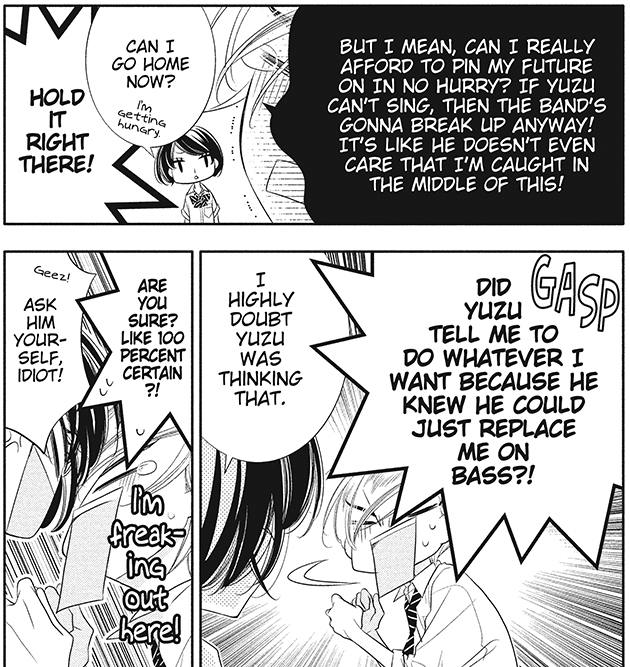 It takes a confrontation to clear the air with Yuzu, and I’m so glad these boys hashed things out! Sometimes we get a little too stuck in our heads and need to get things out in the open. ’Cause we need to have some basic things confirmed, like how a good friend really does care. 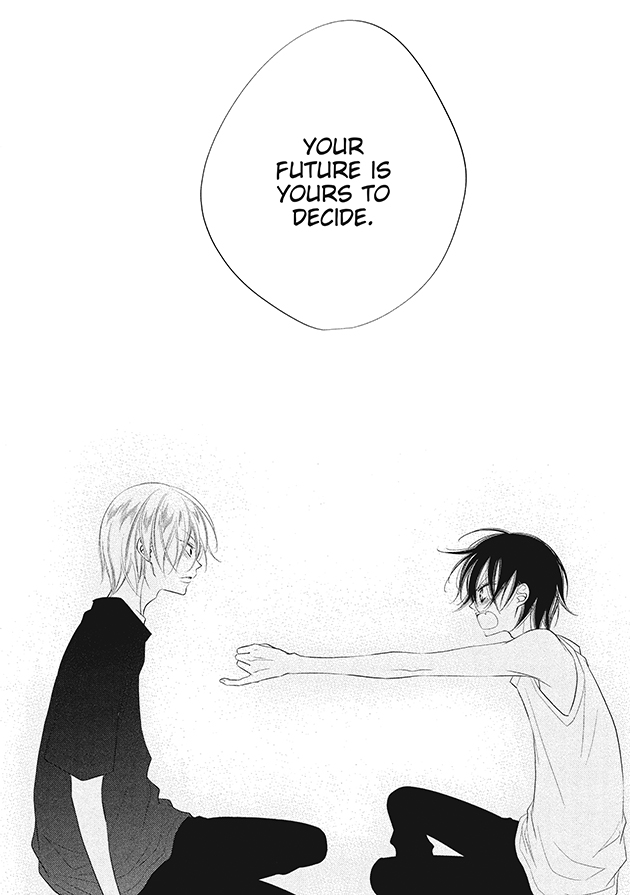 So where are things headed with so much uncertainty?! Lots of fun challenges will pop up at the Rock Horizon show, and we’ll see more of the mysterious Mitsu from girlless… Be sure to check out vol.15, which streets on July 2!

And here’s where you can find a free preview of Anonymous Noise, Vol. 14.