It’s time to go back, way, waaaaaaay back, this week. Back to where a whole generation of anime and manga fans got their start. Yes, we’re heading on a nostalgia trip all the way back to the early ’90s with the Ranma ½ OVA and Movies Collection . If you’ve been picking up our limited edition Blu-ray sets, this is the final jewel in your collection. 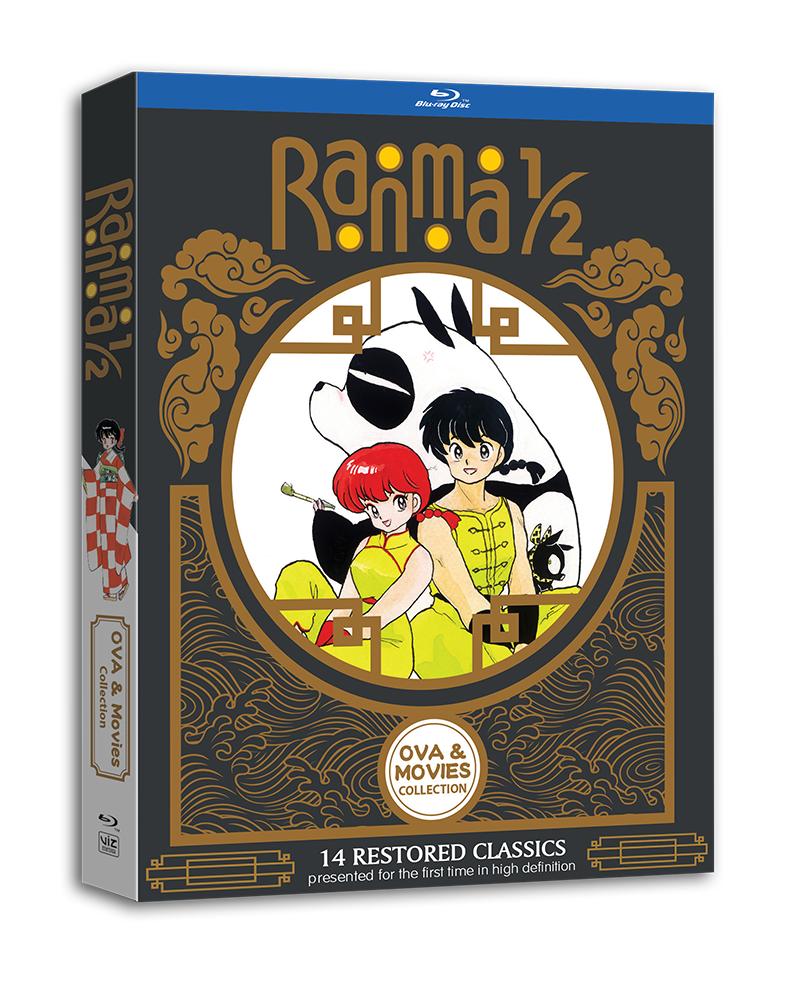 Don’t fret if you haven’t been collecting the Ranma ½ TV series sets or if you just started checking out the series here on VIZ. This OVA and movies collection is a fantastic place to start on your journey to the cursed Jusenkyo Springs. In fact, these OVAs and movies were some of the very first anime releases of ours on VHS back in the day. What’s a VHS? It’s kind of like a Blu-ray, but with much less video, no choice of audio and you had to push a button to rewind after watching lest someone yell at you. Not terribly convenient, but this is how us old-timers got our anime back then! And we LIKED it! We also walked uphill both ways through the snow to get our anime, two episodes per tape, at the local comic book store, but I digress.

Unlike the old VHS or DVDs you may have taking up space in your closet, this beautiful set includes all the restored OVA and Theatrical animation content from the Japanese Blu-ray releases. That’s not all! You get both the English dub and Japanese with English subtitle tracks, a booklet featuring episode highlights, and it all comes in a sturdy chipboard box accented with tons of golden foil. On top of that, everything on these three fabulous discs includes updated episode titles that are faithful to the original Japanese version. It’s the definitive release of Ranma ½ and as sure as certain pandas are known to communicate with signs, you’ll want to add it to your collection.

Don’t let this one get away! Like the TV series Blu-ray editions before it, if you want your Ranma ½ OVA and Movies Collection in the fanciest package, you’ll need to act quickly. These are limited, so don’t miss out! You can pick it up today at fine anime Blu-ray retailers nationwide. If fancy’s not your game, standard editions are also available.