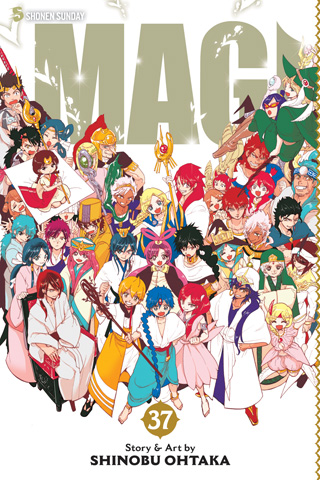 One of the hallmarks of a fantasy series these days is world building – the creation of a fully realized and developed fantasy world. In Shinobu Ohtake’s Magi: The Labyrinth of Magic, we get an epic fantasy world of myths and monsters, heroes and villains, all inspired by the famous One Thousand and One Nights stories. Although the names of some of the main characters are familiar to us—Aladdin, Alibaba and Sinbad, for example—Magi is not set in our world, nor does it retell that piece of famous literature. Instead, the story takes place in a fantasy world with nations and peoples somewhat analogous to our own.

Magi focuses on Aladdin and his journey to find out where he came from and his place in the world. Initially, Aladdin seems to be a lost child whose only memories are of a strange room deep within a dungeon. Dungeons are magical labyrinths that promise untold fortune for any who survive the death traps within—and almost no one can! 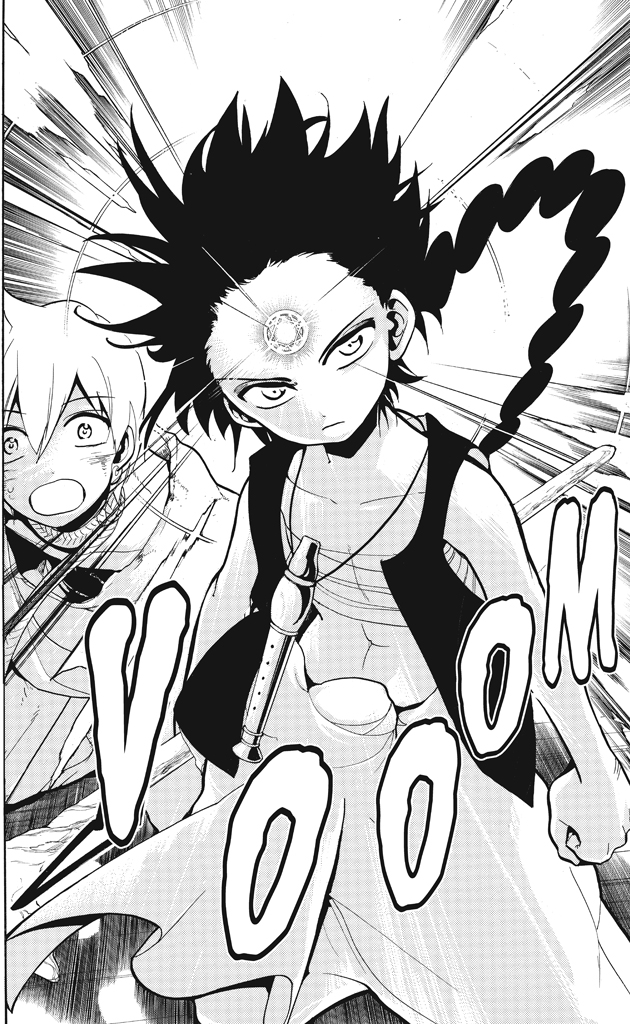 Aladdin is also a Magi, one of only a small handful of people born with an inherent and instinctive sense of magic and the ability to use it. The true nature of the Magi is a crucial aspect of the world and the story of their origins unfolds throughout the series. Though many in the world of Magi can use magic, the Magi themselves have the potential to be the most powerful magic users of all. As such, the Magi are accorded the right to declare someone to be the ruler of a nation, and the great powers of the world all compete to secure the services of one of the Magi. Whether a particular Magi themselves uses their powers for good or ill is different question. 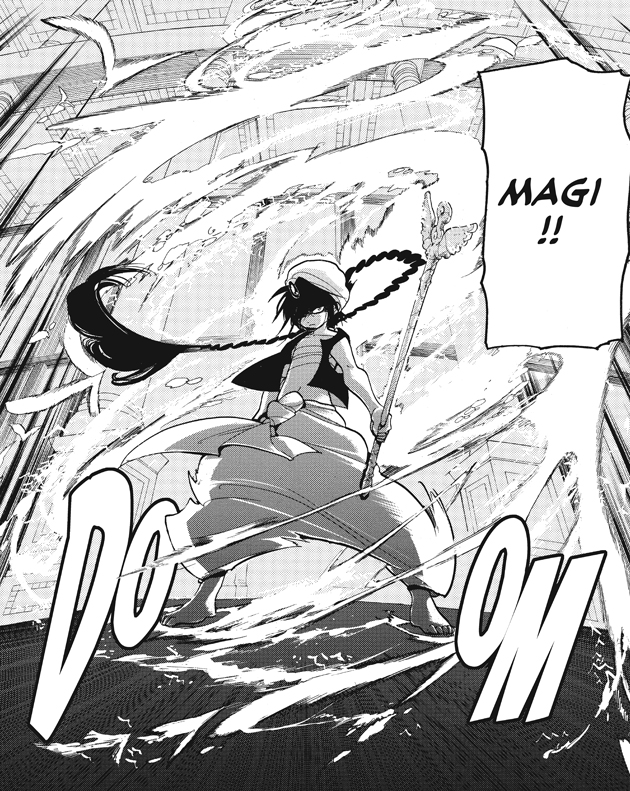 Aladdin meets the wandering Alibaba, who is the itinerant, exiled prince of Balbadd. Together, they embark on an epic journey across the world fighting to free people from tyranny. The famous Sinbad also appears in the story, as a character who is both friend and possibly a dangerous and powerful foe. 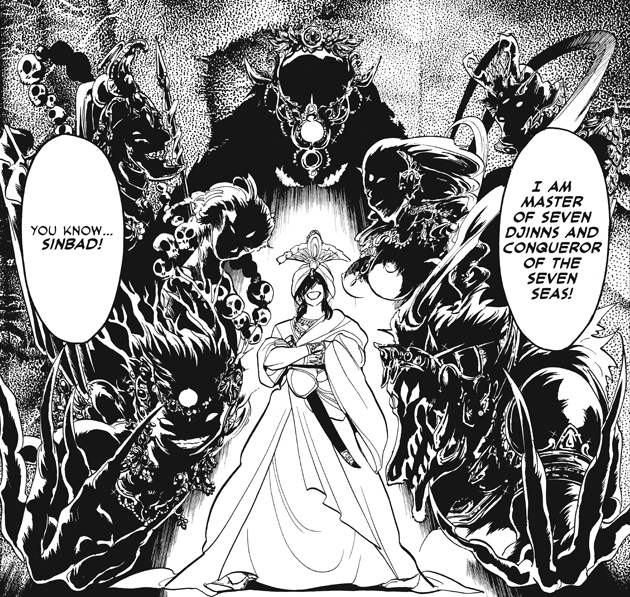 The story starts small, focusing on Aladdin and Alibaba when they are just starting out. But over the course of 37 volumes, the story grows and becomes truly epic, with the fate of the world and even other dimensions at stake. One of the interesting things about Magi is that although it initially seems to be a fun and lighthearted story, with frequent humorous asides, it often can take some rather dark and disturbing turns. There is an undertone of horror and even moral peril that surfaces occasionally, and the astute will even notice the influence of the writings of HP Lovecraft on Ohtake’s story. 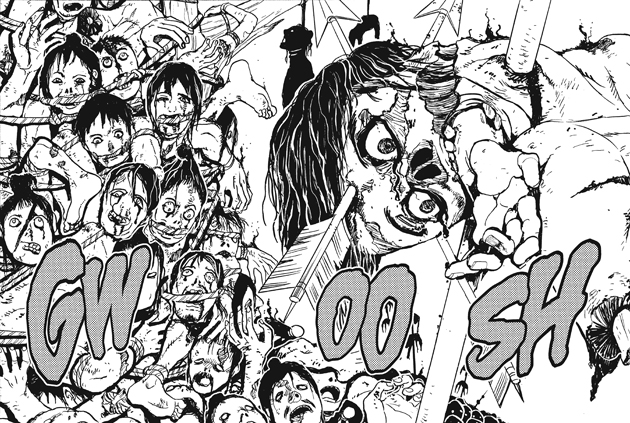 The villains are indeed capable of truly terrible things. In order to combat these threats, the heroes are often forced to fight fire with fire, questioning their own motives and morality. Magi also often takes a surprisingly nuanced look at the idea of freedom and what it means to different people. By the end of the series, the question of free will becomes a central theme. You may even find yourself wondering what freedom means to you and what you would sacrifice for it.

Shinobu Ohtake’s art is grounded in a cartoon style that is both flowing and detailed. The imagery becomes exceptionally lavish when the characters are involved in the many epic magic-fueled battles throughout the series. Some of these conflicts can get really wild, with characters transforming into scintillating avatars of powerful djinn and other supernatural beings as they face down gigantic extra-dimensional monsters! 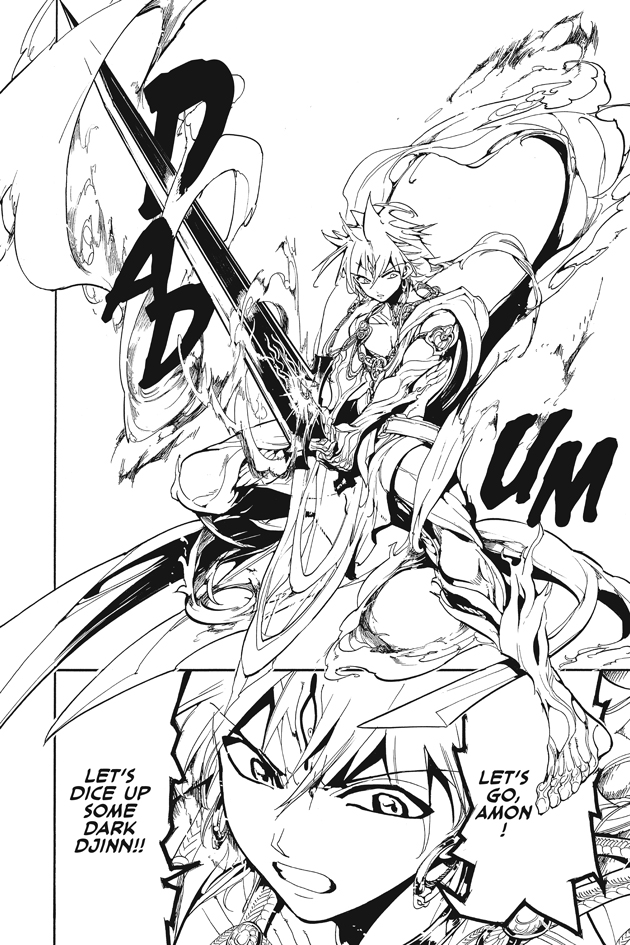 If you are looking for an epic fantasy adventure series that moves away from the well-worn medieval European trappings, and something that is both fun and gives you something to think about at the same time—along with awesome art and great characters—do yourself a favor and check out Magi: The Labyrinth of Magic. 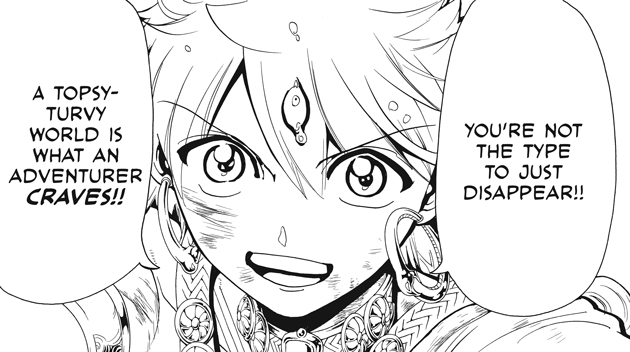 Read free previews of Magi: The Labyrinth of Magic here!