VIZ editors fought tooth and claw for the honor of adapting and editing BEASTARS, by Paru Itagaki. Due to some arcane algorithm I won! Yay! Our office Halloween this year is bound to feature a lot of BEASTARS’ cosplay. Everyone is snagging (stealing) advance copies of volume 1 from behind my desk. And my coworkers are starting to call me a furry... (It’s pure coincidence that I was the one inside the Berkeley Humane Society’s mascot dog suit at a parade this July 4th, I swear...) 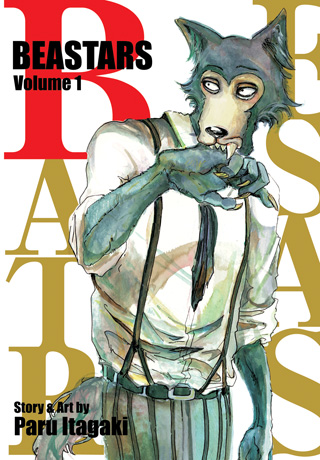 It is an honor to work on such a complexly layered, literary and artistic title. Itagaki has had a clear vision for the anthropomorphized characters that populate (animalate?) BEASTARS’ pages even before her manga debut in 2016 with the short story collection Beast Complex. BEASTARS is her first series, and she has won multiple awards for it in Japan, including the prestigious 2018 Manga Taisho Award. I don’t want to say that BEASTARS transcends the manga genre (because that would be insulting to manga), but this title would be at home on the shelves of any graphic novel collection.

So what is BEASTARS...? Imagine the premise of Zootopia—a world of predators and prey living in precarious harmony—only much, much darker. Don’t be fooled by the cute animal faces; the world of BEASTARS is so dark that it has a black market where body parts from funeral homes and hospitals are sold, not to mention other forms of the flesh trade. However, the government attempts to control predatory urges with strict laws and diversity in its institutions, such as Cherryton Academy, the elite school where most of the story takes place...

The main character is Legoshi, a nervous, self-conscious grey wolf who represses his carnivorous urges to such an extent that he has lost touch with all his feelings. 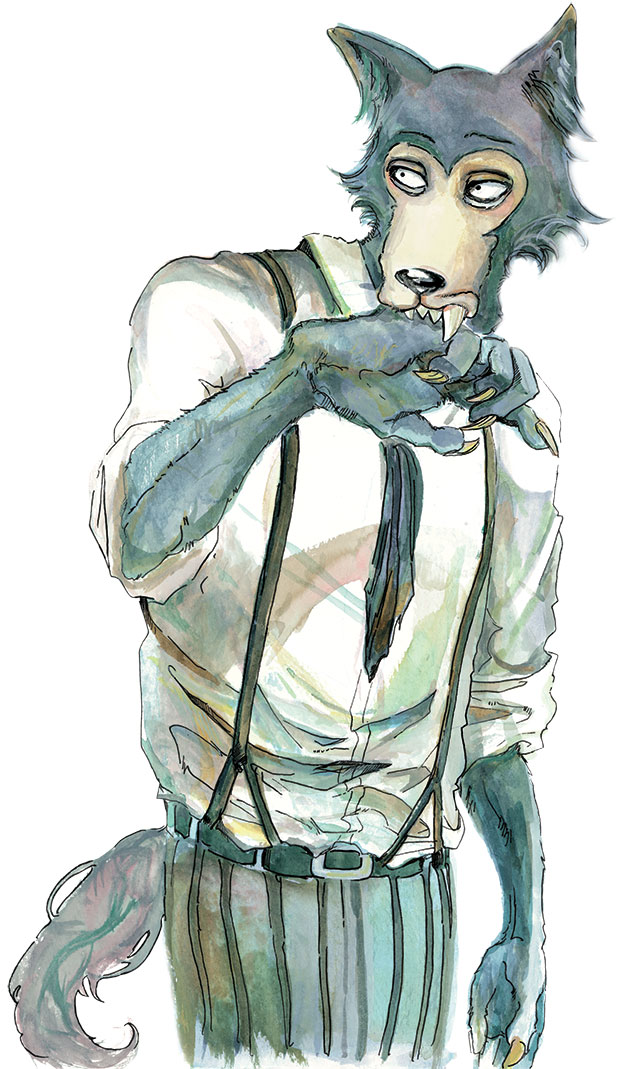 Legoshi is inexorably attracted to dwarf rabbit Haru, who appears to be his polar opposite. 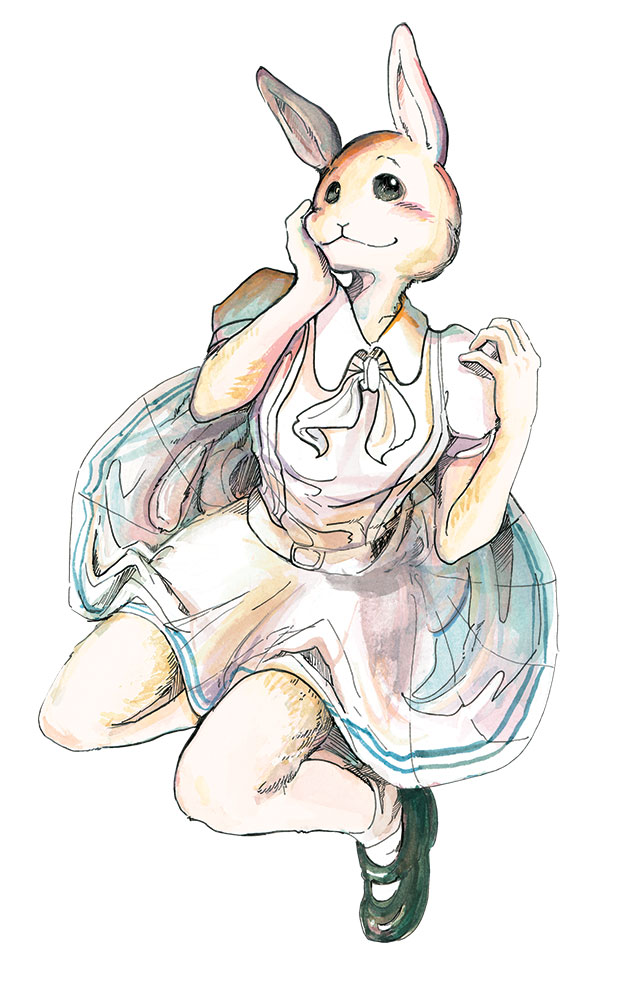 Other major characters include Bengal tiger Bill, who has an unabashed thirst for blood, and red deer Louis, who is determined to be anointed the next Beastar, a school leader destined for power and success in the adult world. 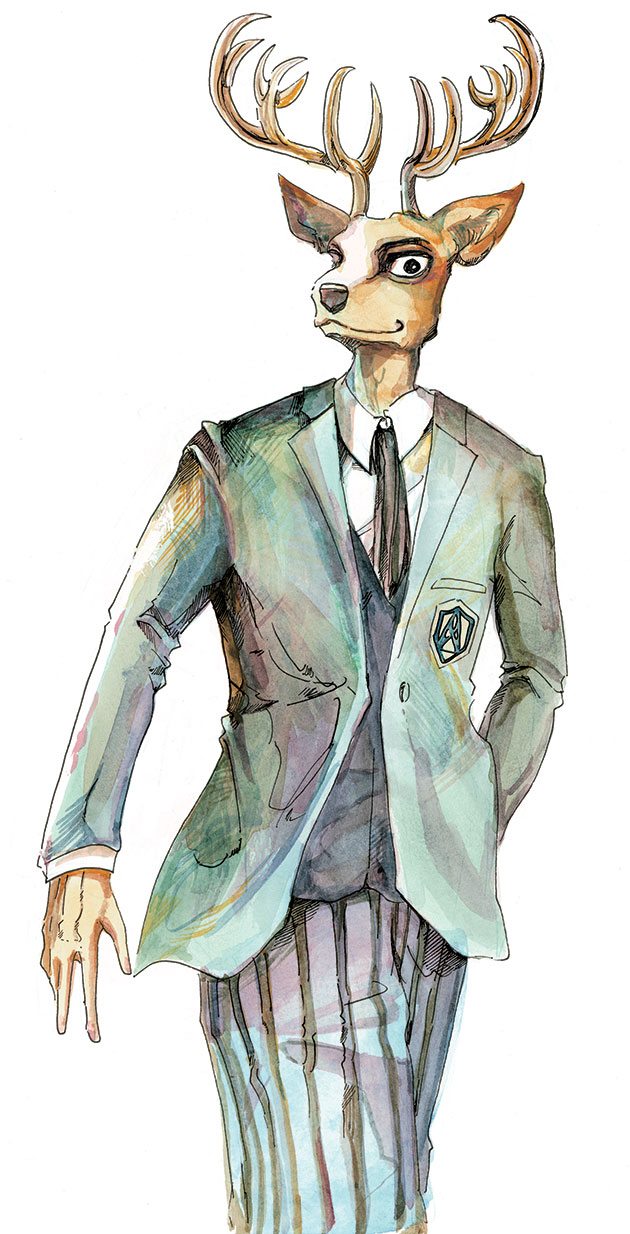 Like all teenagers, Legoshi and his friends in the Cherryton Academy Drama Club are trying to find their way in a world full of temptations, pitfalls and peer pressure. Author Itagaki manages to capture all the nuances of human facial expressions and body language in animals ranging from wolves to bunnies to eagles to elephants. 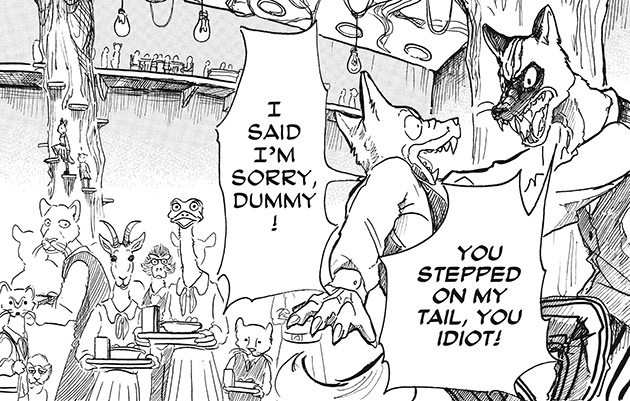 Often when doing the English adaptation of a manga title, I do a read-through of the script while looking at the images and then put the Japanese tankobon (manga) down to focus on the text. But with BEASTARS, so much of the story is told through the facial expressions and body language that I keep double-checking the images as I rewrite the translation.

Another thing I really appreciate about the art of BEASTARS is the unique paneling. Each page is a work of self-contained art suitable for framing. There are no clichés here, yet the best features of manga art—close-ups, panel overlays, symbols, chibis—are all present. 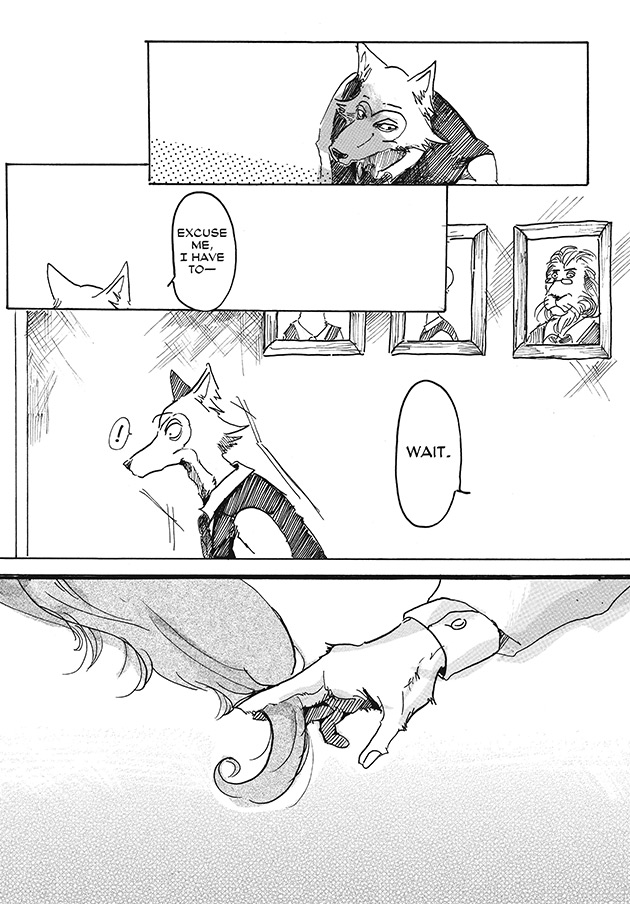 BEASTARS is the title you can show your friends who aren’t into manga (yet), and hook them.

But if you are, that’s okay.

No judgments of what occurs between consenting animals—er, humans.