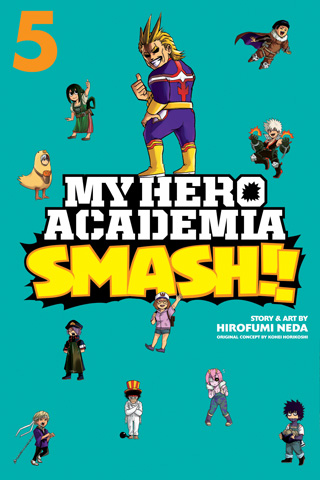 Short but sweet, My Hero Academia: Smash!! is ending at 5 volumes.

From the beginning, the love that author Hirofumi Neda put into this My Hero Academia parody series is just so apparent. Not only is he a personal friend (rival?) of main series author Kohei Horikoshi, he admires both the man and his work, as illustrated in the author notes at the end of each volume. 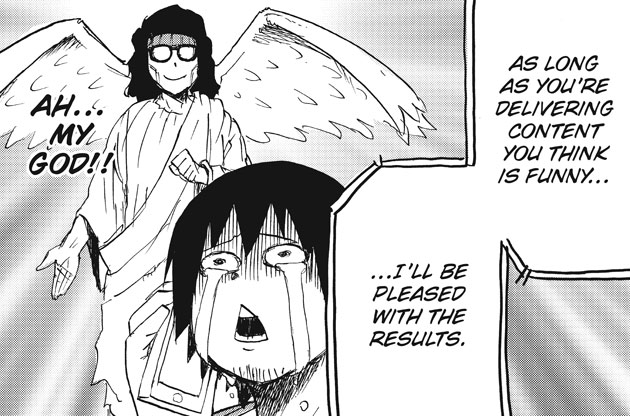 You have to read all five volumes together to get the full story of their relationship and it’s highly recommended for anyone who wants some insight into what it’s like trying to break into the manga industry in Japan or wants to see how Horikoshi acts as a friend, rival and mentor. The final page had me rooting for Neda (if I wasn’t already!).

But commentary on the author aside, Smash!! is easy to love. Neda doesn’t pull any punches with most of his jokes and Smash!! goes places you really wouldn’t think it would be okay to officially go. 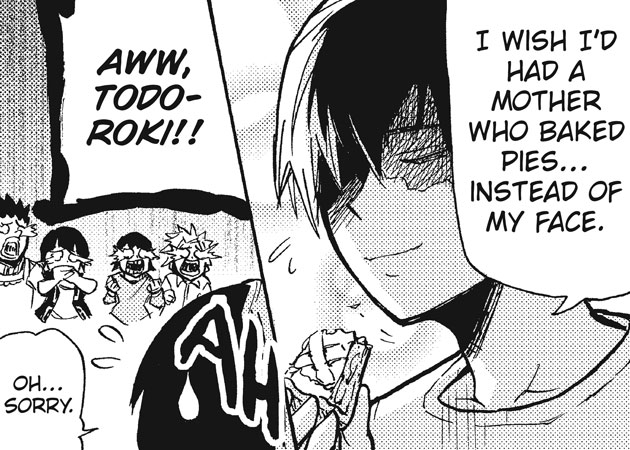 I mean, Bakugo even kills Kirishima!! (Don’t worry, Kirishima gets brought back to life on the next page.) 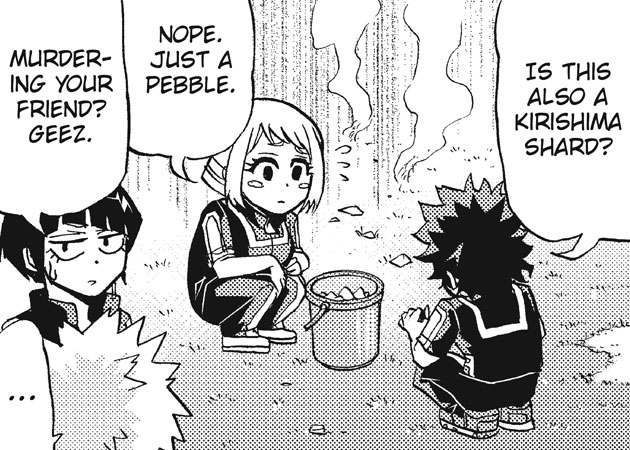 Smash!! also gives great screen time to the supporting cast, in particular Kyoka Jiro as the sarcastic straight man. And if you want to see Mineta get everything he deserves, this is the series for you. 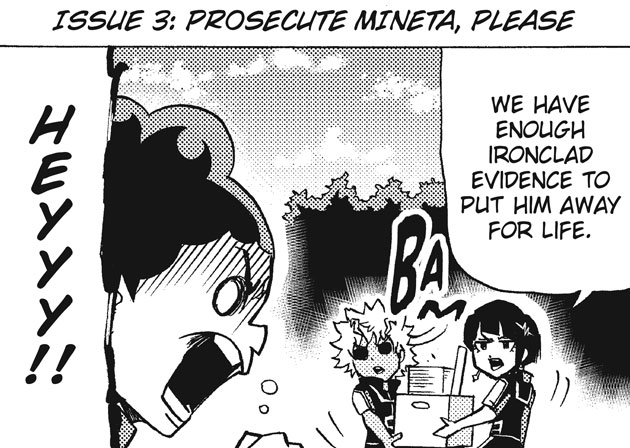 Smash!! also creates running gags that get funnier the more times they appear. 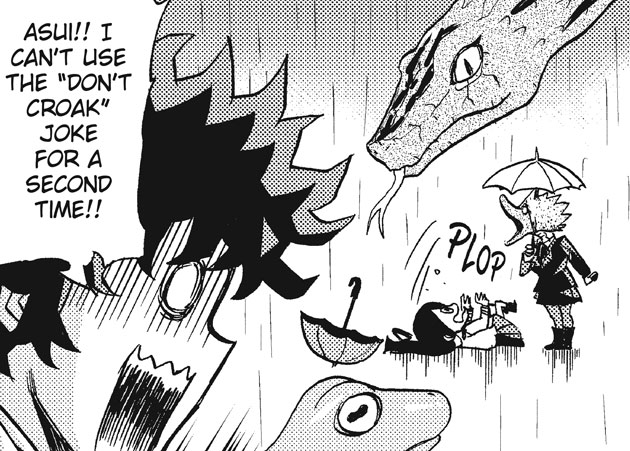 By the end of the series, events have spun away from paralleling the main series and have taken a life of their own, culminating in a fight against the most fearsome villain of all: the kind that keeps time spinning in a loop the way it does in most typical comic strips and sit-coms! How the cast of My Hero Academia figures its way out becomes the climatic final battle, and even the villains team up to play their part!

All in all, this series could have been a smooth and toothless cash grab, but instead it’s a well-crafted, gutsy series of its own that’s totally hilarious. I hope we see more of Smash!! and its daring author in the future!