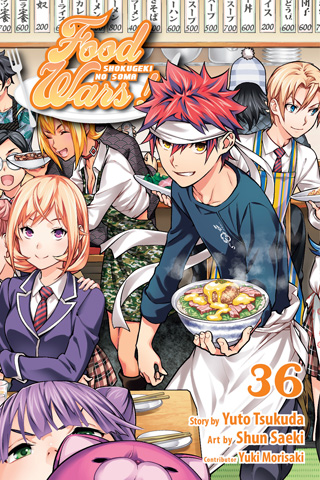 SPOILER ALERT: There are spoilers ahead

It’s finally here. After 36 volumes of Food Wars!: Shokugeki no Soma, we’ve finally reached the conclusion. The last volume opens with the judging of the semifinals of the Blue cooking competition. Asahi has just presented his dish, and the crowd and judges are taken aback when he somehow manages to cause Lady Mana’s gifting to ripple out in waves over the crowd, a feat even her own father, Sir Senzaemon, was unable to accomplish. 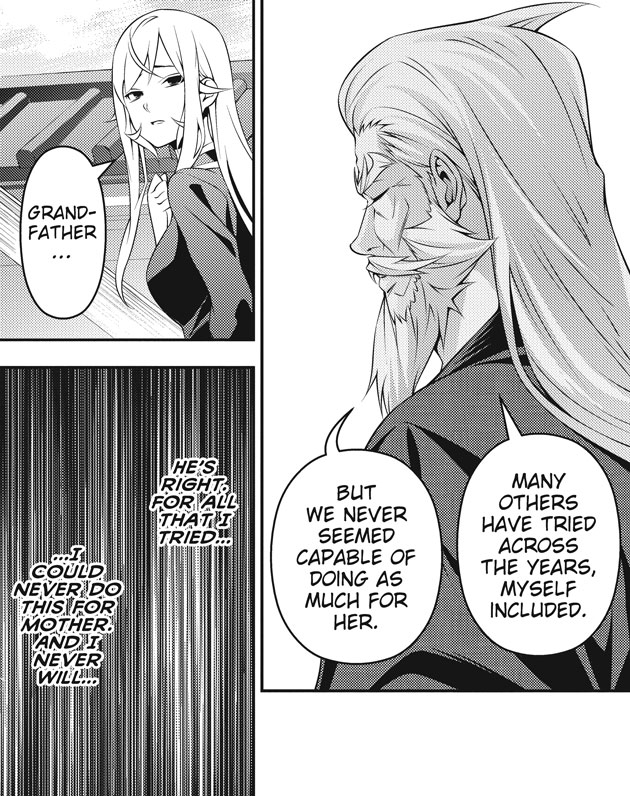 And if that isn’t shocking enough, an old enemy appears—Erina’s father, Azami. But this time it’s at Joichiro’s request! We quickly learn that it was only because of his love for his wife, Mana, and his daughter, Erina, that Azami did what he did. To save the bearers of the divine tongue from their predestined tragic fates, he felt compelled to turn the culinary world on its head. Only then could Mana and Erina survive the storm, or so he believed. 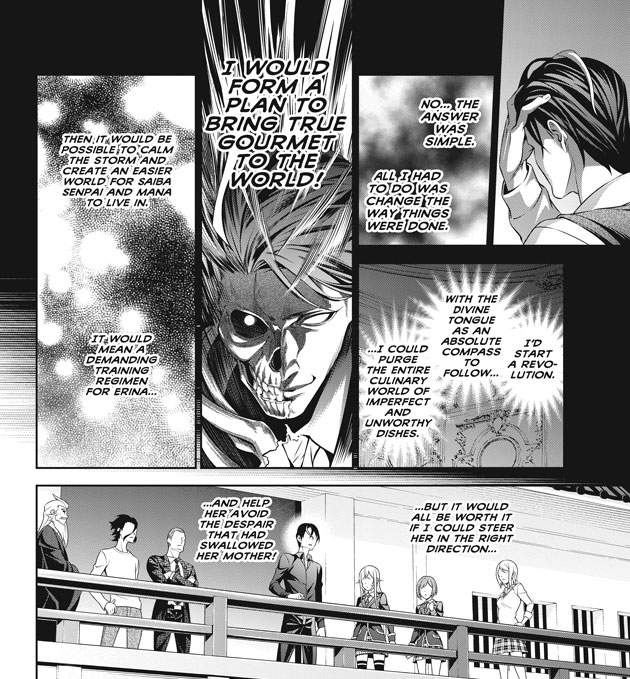 Just as all seems lost, Soma presents his dish, but no one believes he’s capable of overcoming the damage Asahi has just unleashed—even more so when they learn the dish Soma is presenting is simple fried rice! But to everyone’s surprise, he’s able to release not only Mana’s gifting, but also her bursting! Lady Mana proclaims Soma the winner, but not before sending Asahi off with a stern warning… 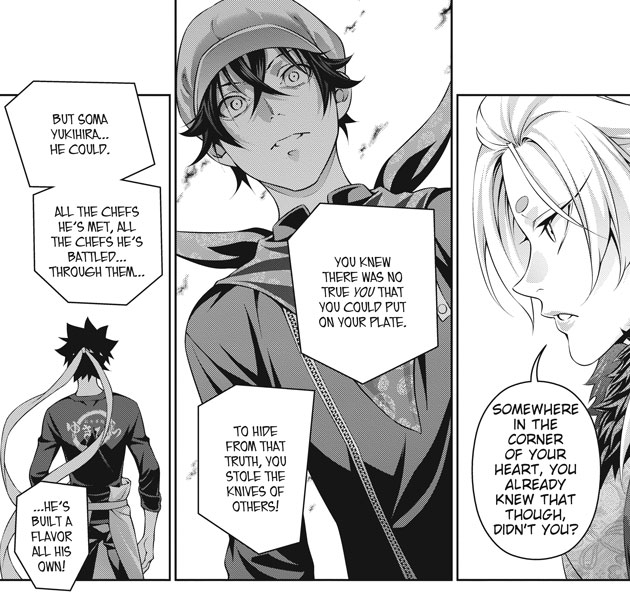 …which leads us to the finals of the Blue between Soma Yukihira and Erina Nakiri! Erina continues to struggle with her cooking and finding her true voice… 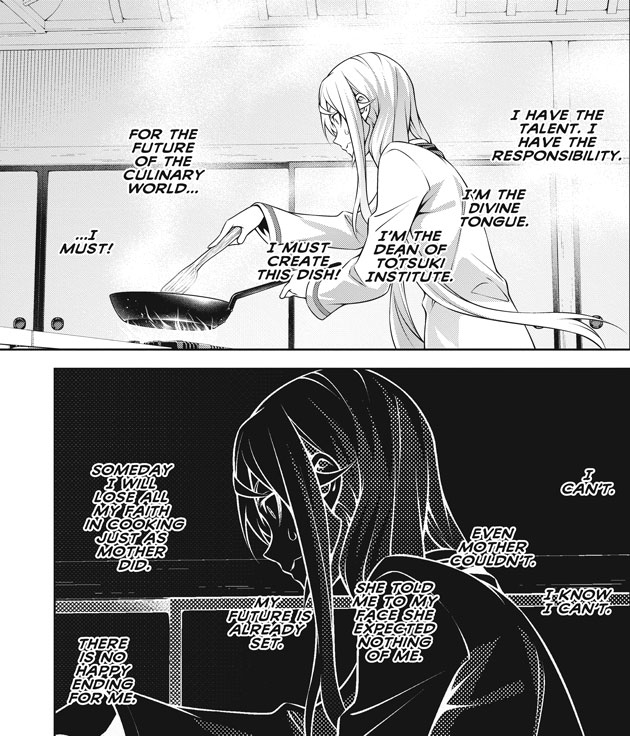 …so leave it to Soma to teach his competitor a life lesson, even in the middle of battle! Will he ever learn? 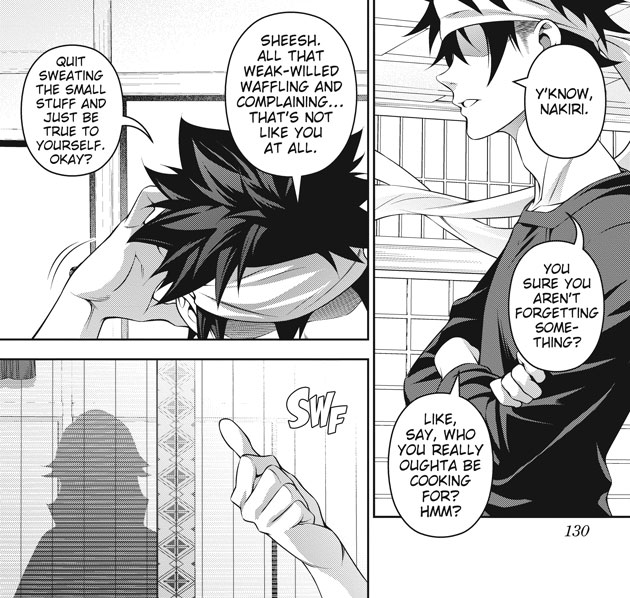 You’re going to have to pick up this very last volume of Food Wars! to find out not only who wins the Blue, but also what really happened to Soma’s mom. There are even three extra chapters included, a “where are they now” update on all of our favorite Totsuki students finding their way in the world as working adults!