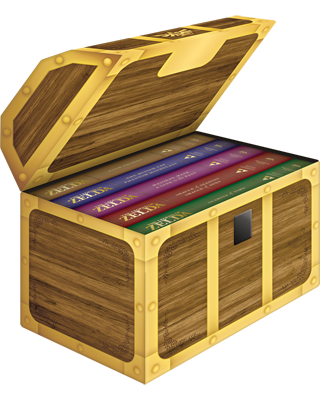 When we released the amazing new deluxe collector’s editions of The Legend of Zelda manga a few years ago, you guys were as excited as we were for the new color pages, new sketches, and fancy new style of the Legendary Editions! But there was one thing you asked us for—you wanted it to be EVEN BETTER—and we listened!

Now, you can get a boxed set of all five Legendary Editions (which contain the entire ten-volume original series of The Legend of Zelda manga!) But it’s not just a box it comes in. It’s a treasure chest, designed by Legendary Edition graphic designer Shawn Carrico to look like an ACTUAL chest from the Zelda games!

And as we all know, when you open a chest in a Zelda game, you don’t just gaze at treasure—well, you do—but BEFORE that happens…you hear the sound of the chest! So we worked with the creators of the video games (thanks, Nintendo) to get an official sound bite that will play you that beautiful “you’ve got treasure” music whenever you open this awesome box!

Plus, and we’re saving the best part for last…the Zelda mangaka, Akira Himekawa, offered to draw a BRAND NEW poster just for this set that you are not going to be able to get ANYWHERE else! 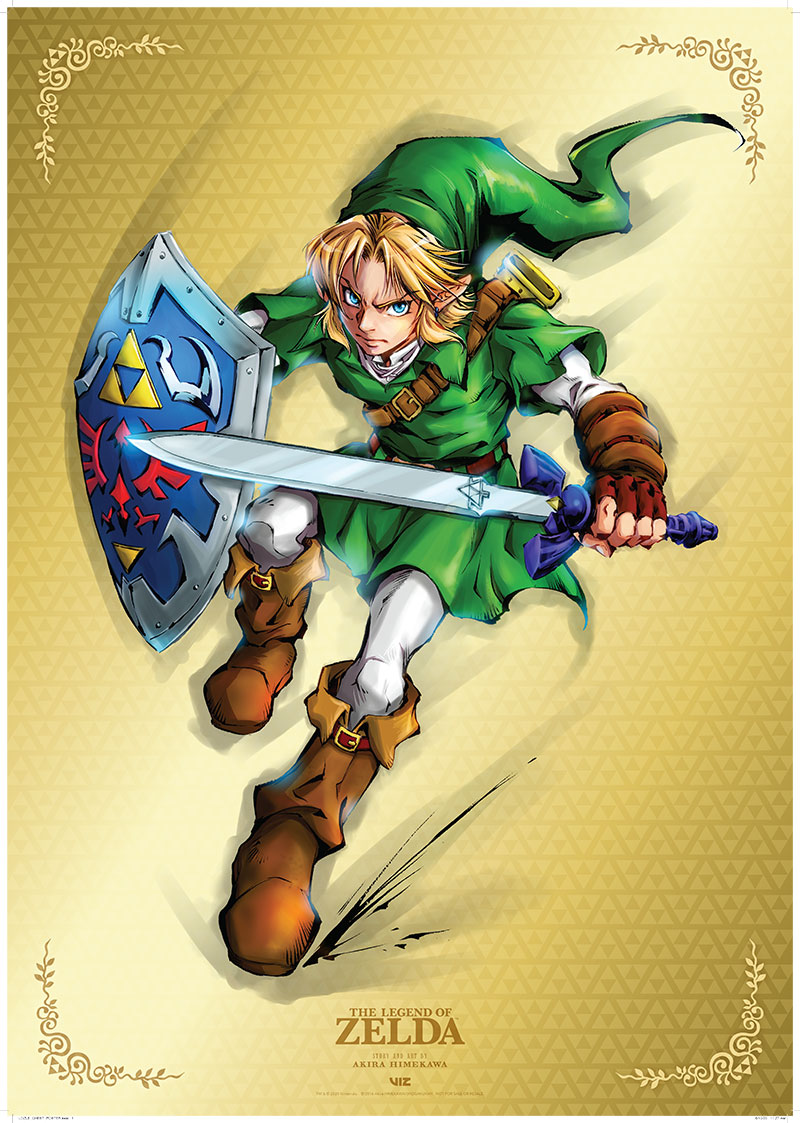 After we found out we were getting music and a new poster, we couldn’t just give you the same old books again. So you know, we went hardcover—another exclusive that you can’t buy anywhere else, to go in the box with these new surprise extras. These books won’t be sold separately and only come in a set. 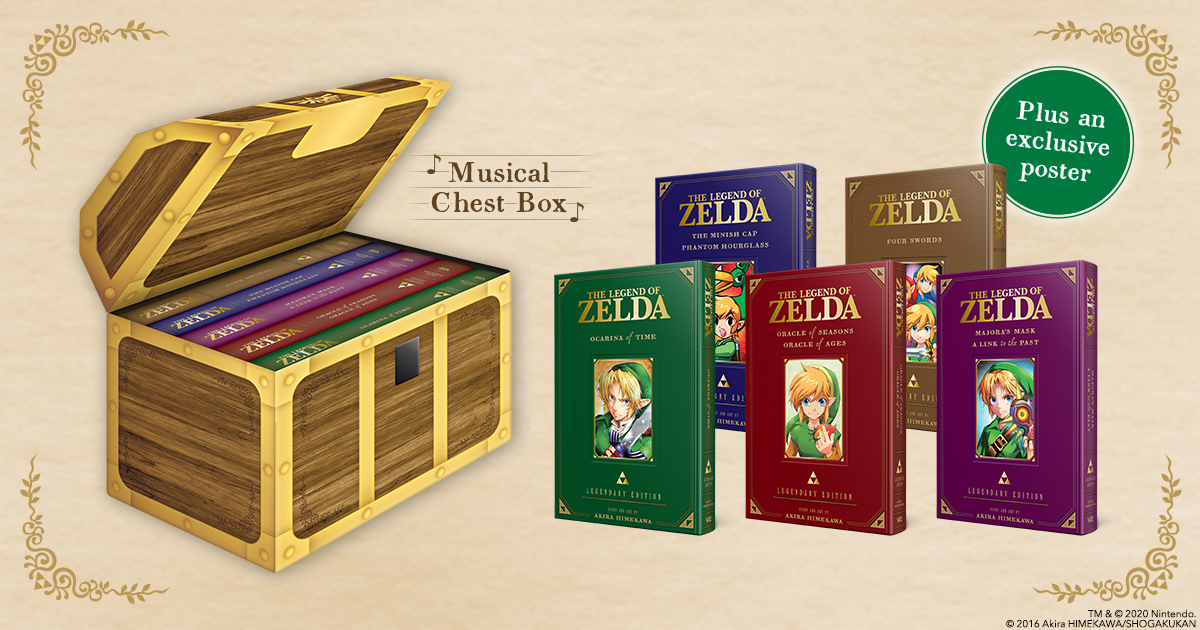 So if you’ve been waiting to collect the Legendary Editions, or you need that poster…or you just want to have the best version of Link’s adventures in manga that you can possibly have…now’s the time!