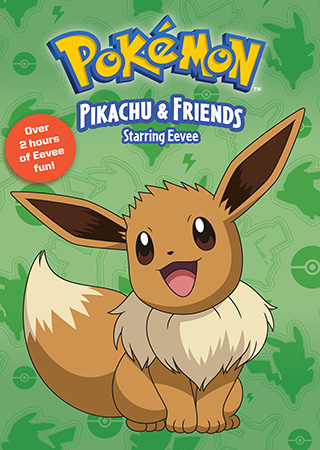 Fluffy and full of evolutionary potential—it’s Eevee! Join Ash, Pikachu, and their friends as they make new discoveries about this adorable Pokémon. First, a boy questions whether to evolve his Eevee, and Pikachu faces off against Gary’s Eevee in battle. Later, May gets a surprise when the Pokémon Egg she’s carrying starts to hatch! Then, a pair of Eevee take the stage in the Sinnoh Grand Festival, and three more accompany our heroes for an island exploration. Finally, Serena catches an Eevee who eventually evolves into Sylveon, and Lana’s Eevee, Sandy, gets into some mischief with Shaymin and Meltan!

8 Episodes:
1. The Battling Eevee Brothers
2. The Rivalry Revival!
3. Time-Warp Heals All Wounds!
4. Last Call - First Round!
5. Mystery on a Deserted Island!
6. A Frolicking Find in the Flowers!
7. Love Strikes! Eevee, Yikes!
8. Drawn with the Wind!