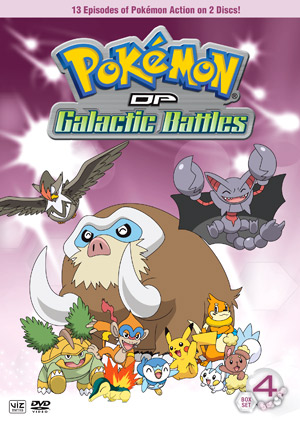 When it comes to Pokémon, the more, the merrier:  two new friends have joined Ash, Dawn, and Brock on their Sinnoh journey!  Together, they’ll chase a rogue Gible and face off in a tag battle. Before long, however, things take a turn for the worse as Team Galactic and Pokémon Hunter J return with a vengeance. Now Team Galactic is poised to achieve its ultimate goal: summoning the Legendary Dialga and Palkia in order to destroy the world! Are Ash and his friends ready to face the biggest Galactic battle of all?