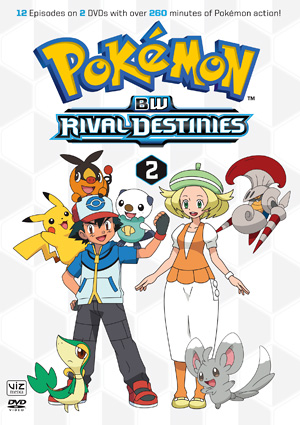 Ash is rarin’ to battle Gym Leader Clay in Driftveil City! Then, on the way to Mistralton City, the friends witness a dramatic Pokémon trade and evolution. But the excitement has just begun. Professor Juniper invites Ash and his pals to join him in what he promises will be a thrilling adventure–and he keeps his promise! In Mistralton City, Ash discovers a Gym Leader with an unusual battle style. And get ready for some explosive action when our heroes prepare to participate in the Clubsplosion Tournament!