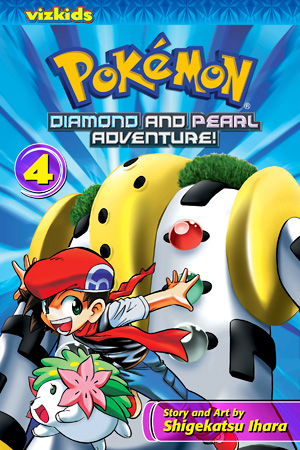 Hareta and his friends take on Team Galactic! But they've walked right into a trap!

Hareta, together with several of Sinnoh's Gym Leaders, launch their attack on Team Galactic's headquarters (after a short break for some lunch)! Things go wrong quickly, and one by one, Hareta's friends are captured.

Hareta pushes deeper into the enemy lair, only to come face-to-face with Mitsumi, who has now joined Team Galactic! The two friends and their Pokémon square off, while Cyrus gloats as his plan unfolds. Will Hareta and Mitsumi's friendship survive their battle?