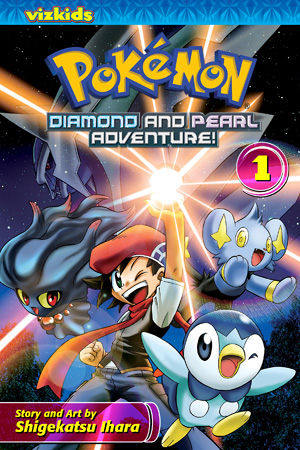 Most kids spend their days at school, but not Hareta. Raised in the wild by Pokémon, he can climb as high as an Aipcom, swim as fast as a Magikarp, and even eat bark like a Bidoof!

Recruited by Professor Rowan, Hareta decides to become a Pokémon Trainer. Along with his first Pokémon, Piplup, and his new friend Mitsumi, he sets off in search of the legendary Pokémon Dialga. But Team Galactic is hunting for Dialga too. Can Hareta and Piplup defeat Team Galactic and stop their evil plans?