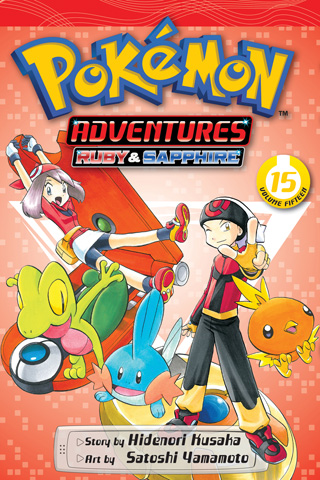 Ruby’s father Norman is the new Gym Leader of Petalburg City. But Ruby doesn’t want to follow in his father’s footsteps—he wants to win Pokémon Contests! Sapphire’s father Professor Birch is the local Pokémon researcher. But Sapphire is tired of gathering scientific data—she wants to win Pokémon battles! When Ruby and Sapphire meet, they’re more likely to hit each other than hit it off. But then Sapphire challenges Ruby to a competition... Which of them will achieve their dreams in just eighty days?!

Meanwhile, what dastardly plan is Team Aqua up to...and how does it involve Sapphire?!