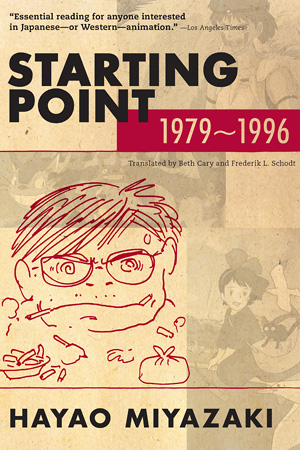 In the first two decades of his career, filmmaker Hayao Miyazaki laid the groundwork for his legendary movies. Starting Point is a collection of essays, interviews, and memoirs that go back to the roots of Miyazaki's childhood, the formulation of his theories of animation, and the founding of Studio Ghibli.

Spirited Away
See all >