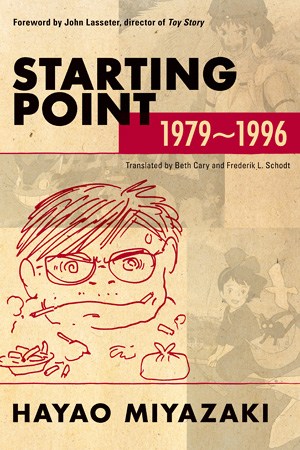 The Starting Point...of the Greatest Career in Animation History

In the first two decades of his career, filmmaker Hayao Miyazaki laid the groundwork for his legendary movies. Starting Point is a collection of essays, interviews, and memoir that go back to the roots of Miyazaki's childhood, the formulation of his theories of animation, and the founding of Studio Ghibli.