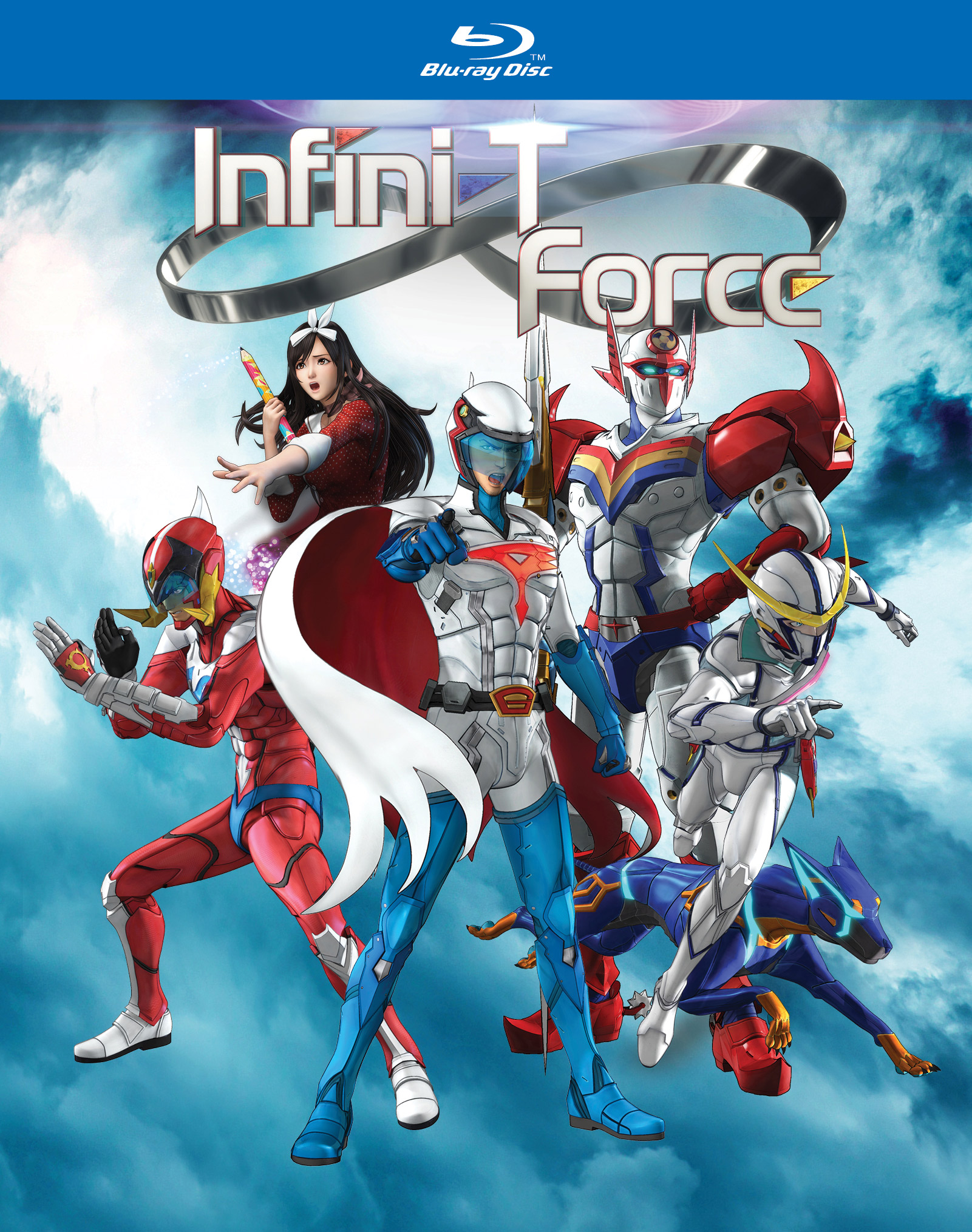 We're super excited to bring you the Blu-ray release of something that’s truly unique: Infini-T Force! A mash up of heroes from the legendary Tatsunoko animation studio, the Infini-T roster features Gatchaman, Casshan, Polimar and Tekkaman to round out the team. With numerous series spanning from '70s to present day, these classic heroes are teamed up for the first time ever in this legendary cross over.

Our story begins in Tokyo with a head-strong girl named Emi who all of a sudden gets caught in the crossfire of an attack from mysterious interdimensional foes! With the power of a magical pencil, she’s able to summon the heroes as they work together to stop the interdimensional forces that threaten to destroy the world.

Want to learn more about Infini-T Force? Check out this video from Geekdom101.

Fans of classic anime won’t want to miss out on this Infini-T Force release, now available on Blu-ray.

Pick up your copy of Infini-T Force at your favorite anime retailer today! Learn more.