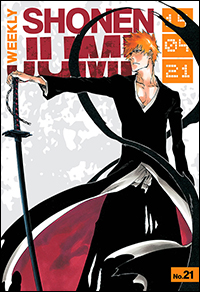 Cover
by Tite Kubo
It's been a while since we've seen Bleach on the cover of Weekly Shonen Jump. I kinda wish we had more though, since I consider Tite Kubo to be one of the better artists in Jump. He has a great sense of style, and this week's cover, with Ichigo taking center stage, proves that he's still at the peak of his artistic powers!

Bleach
by Tite Kubo
Kenpachi is one tough dude. He's been in survival mode his whole life, starting at the bottom on the lawless outskirts of the Rukongai District all the way up to his life-and-death match against the former-criminal-turned-Soul-Reaper Yachiru Unohana. He's defeated countless strong Hollows and Arrancars, but has he ever faced a challenge like the one he's up against this week?! Gremmy's one tough enemy, despite his boyish appearance, and he's planning to end it all with a gigantic meteor! But is this Quincy underestimating Kenpachi's strength and resolve? The man loves a challenge after all... 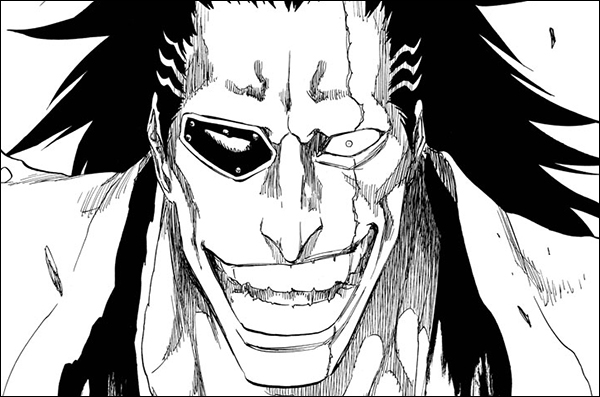 Naruto
by Masashi Kishimoto
Naruto's back after a close brush with death, and it looks like he's powered up yet again! This time around, he's even borrowing chakra from Tailed Beasts other than Kurama. Not only that, he's performing miraculous feats that even has the legendary Madara baffled. But is that enough to take down a man who possesses both the ultimate senjutsu and genjutsu powers? Plus, Madara has Ten Tails immense chakra on his side. As for Naruto, he's got the one thing Madara lacks—friends!

World Trigger
by Daisuke Ashihara
Enedora, the walking, talking Black Trigger is proving to be too much for the Border Agents to handle. He's already taken out the Squad Leader Kazama, and now he's ready to annihilate the rest of the crew. Meanwhile, Jin reappears and asks Yuma to go along with him. He's deeply concerned about one of the outcomes he's envisioned that involves Osamu and needs Yuma's help to prevent it at all costs! 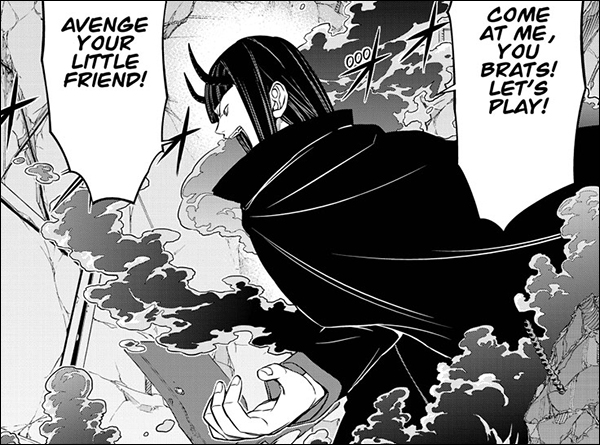 Seraph of the End: Vampire Reign
story by Takaya Kagami, art by Yamato Yamamoto, storyboards by Daisuke Furuya
Yuichiro's finally up and about, recovering from the critical wounds he received a week ago. He desperately wants to save his friend Mika and is trying to uncover ways to change a vampire back into a human. But is he even human himself? And the powerful Hiragi family wants to have a chat with Yuichiro as well, something Guren doesn't seem to be happy about.

Toriko
by Mitsutoshi Shimabukuro
Toriko, Komatsu and the rest of the Four Kings are on their way to the Gourmet World, chugging along on a fantastic Octomelon voyage. But just when they think they're safe from the Bay of Evil Spirits and entering Yuto Island, they realize that there is no land...or rather, anything below their feet! They've now entered the mysterious island that houses Acacia's salad course, "Air." But that's not their only concern. The skies are full of ravenous beasts, plus there's this funky looking frog with a fu manchu. What the heck is going on?! 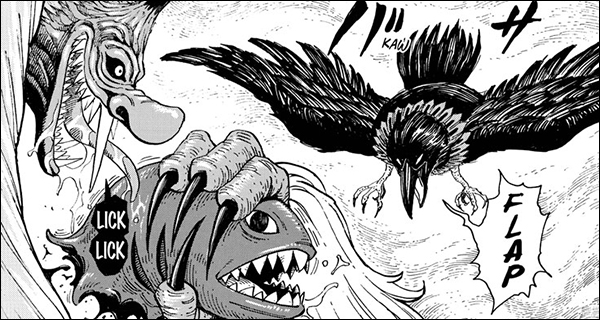 Nisekoi
by Naoshi Komi
Hoo boy! Raku's childhood friend Yui's paying a visit to Japan. But she's full of surprised as Raku finds out: 1. She's now the head of a Chinese mafia syndicate, 2. She's also now his homeroom teacher at school and 3. She's staying at his place! But there's a silver lining here. Raku actually remembers a childhood friend, and she might just have a clue about his pendant and the identity of the lucky keyholder!

Stealth Symphony
story by Ryohgo Narita, art by Yoichi Amano
The Cyborg Soldier School successfully stops the human trafficker's trailer from reaching its destination and are ready to square off against V&V Security. However, both organizations are thrown for a loop when the human trafficker's head honcho's cover as one of the human victims is blown... 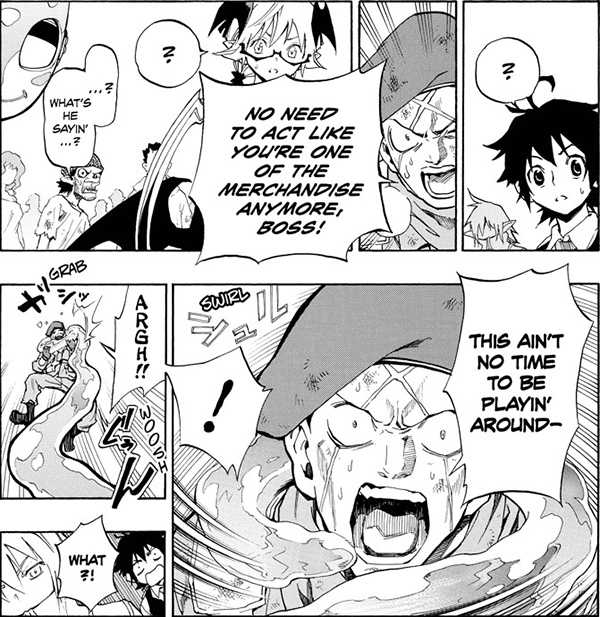 One-Punch Man
story by ONE, art by Yusuke Murata
A short-but-sweet chapter of One-Punch Man this week! Saitama and Lord Boros are really going at it. Actually, it's mostly Lord Boros giving it all he's got, while Saitama's just content to jump around and needle the poor guy. Will this finally be the chapter where Saitama crushes Lord Boros with one blow?

Yu-Gi-Oh! Zexal
original concept by Kazuki Takahashi
story by Shin Yoshida, art by Naohito Miyoshi
Production Support: STUDIO DICE
Haruto's life is on the line as the dual Duels come to a climax! Yuma's back is against the wall against Kaito, but he's not one to go down so easily. Meanwhile, the Numbers Club is frantically trying to find a way to save Haruto! 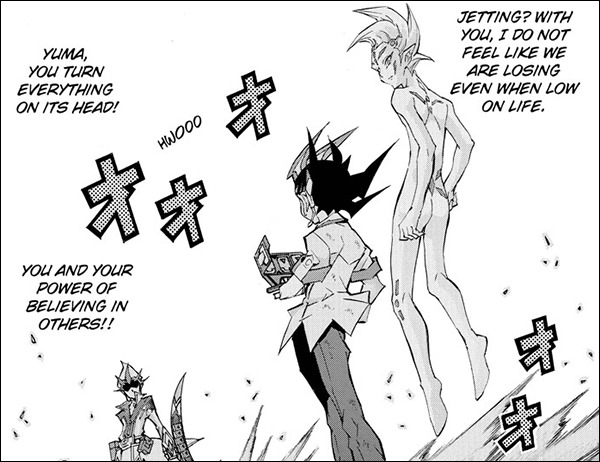