The legends of Dragon Quest’s popularity in Japan are true. When a new game from the main series comes out, it is a major event, especially for gamers and anime fans. But unfortunately, it never took off in the States in the same way. However, over the years a steady stream of games have been released here, building a fan base. And finally, Dragon Quest XI broke through and achieved the success the series has long deserved. It’s safe to say, DQ has made it here! 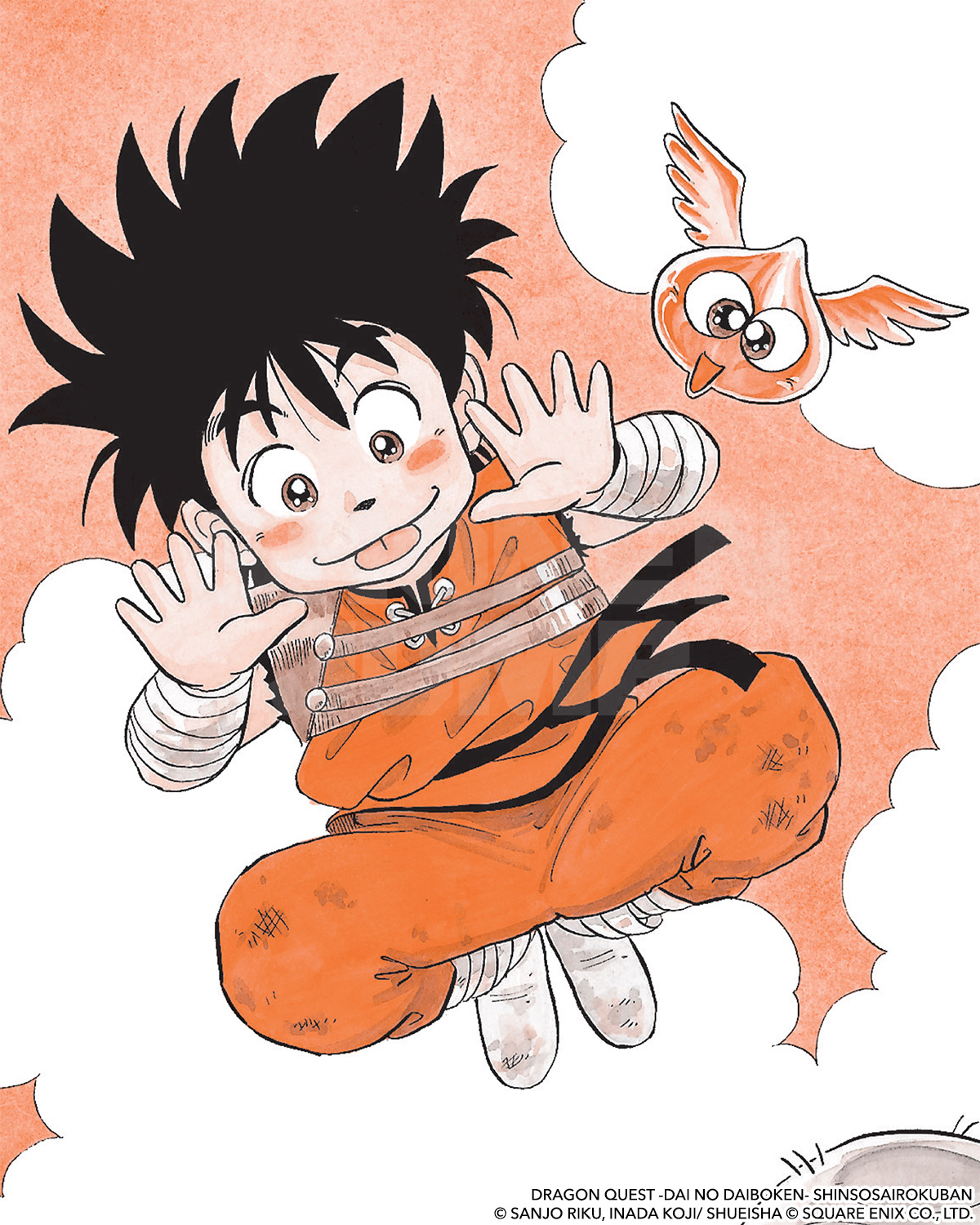 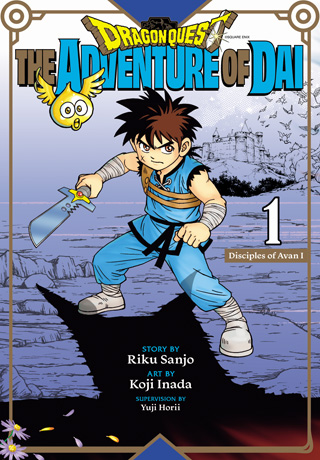 The celebrated series is known for evoking a sense of wonder as the hero for each game sets off on an epic adventure full of magic, spectacular scenery, and whimsical monsters designed by mangaka living legend, Akira Toriyama. To be fair, half the fun of the games are seeing the adorable monsters bursting with personality. Even though they’re supposed to be scary, they’re still somehow cute, which is a testimony to Toriyama Sensei’s unmatched artistic talent.

Also…slimes! Those cute little smiling teardrops that seem to be everywhere in anime stores and online come from this series. Even people who don’t play the game love slimes. A deceptively simple design that resonates with millions of people worldwide. An example of how a superb character design can become iconic and take on a life of its own outside the game. 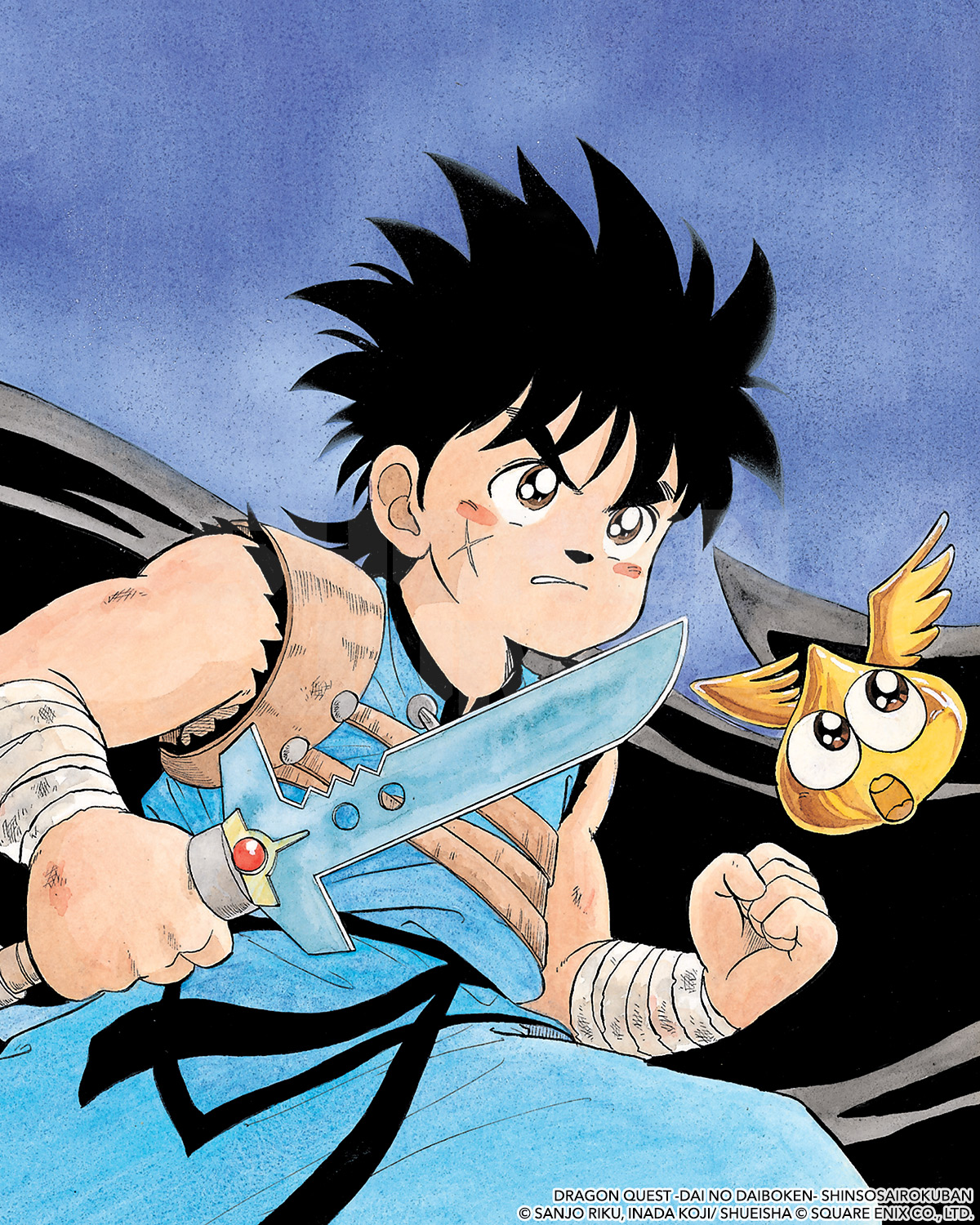 All the magic of these games is perfectly captured in the Dragon Quest: The Adventure of Dai manga. These new fancy editions are re-releases of the original manga published back in the day with gorgeous color pages and new cover art drawn by Koji Inada. Even if you haven’t played the games, all the wondrous charm that made the games a hit comes through in the manga.

Dai, the main character, lives on an island full of adorable monsters that he can control. But Dai has big dreams of becoming a hero, which begin to come true when mysterious strangers appear on the island one day. The manga starts exactly how a classic Dragon Quest or other JRPG games from this era started. Dai washes up on the beach one day as a baby, and as the story unfolds, he begins to learn new powers and discovers he’s destined for greater things than his simple life on the island. 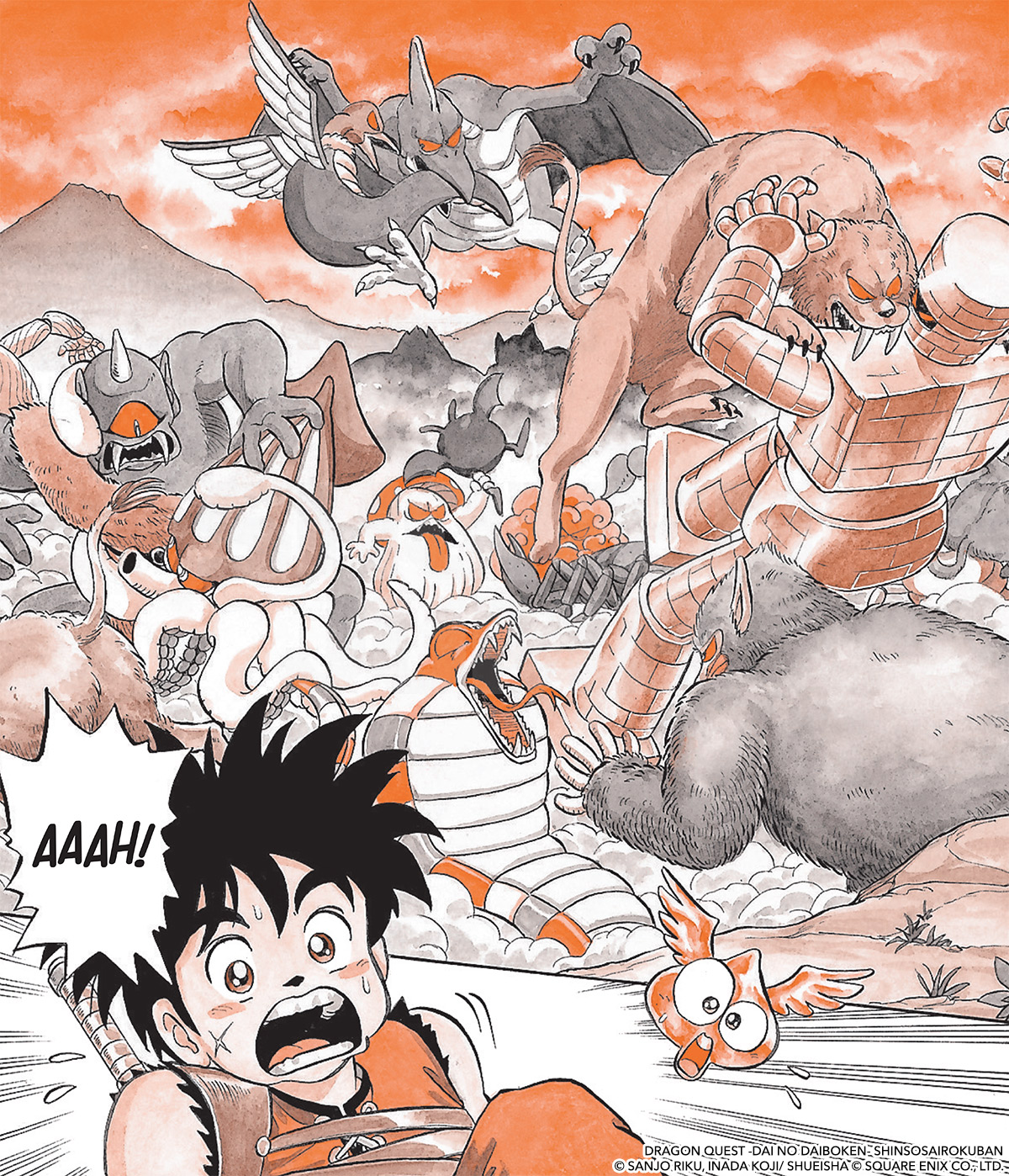 Even if you’ve never played Dragon Quest, this manga is overflowing with charm and whimsy. The pure-hearted main character is lovable, the monsters are simply adorable, and the art style is bursting with energy and life. Reading this manga will fill you with nostalgic memories of warm summer days when you were a kid with nothing to do but daydream of being a hero and setting off on a grand adventure yourself.

Learn more about Dragon Quest: The Adventure of Dai here!