Tamar Herman is an Asian pop culture writer for Forbes, NBC News, and the new BTS: Blood Sweat & Tears book. Read on as we ask her about this new book and her insights on K-pop fandom.

What was it about BTS: Blood, Sweat & Tears that demanded it be written? 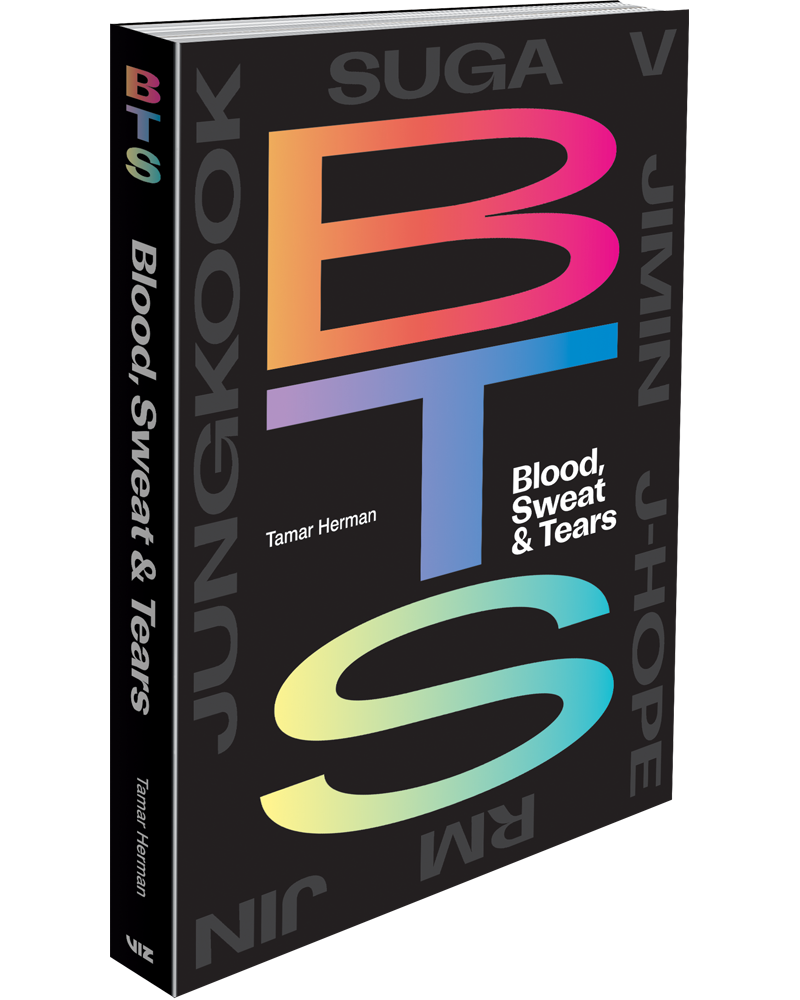 BTS is the biggest boy band in the world and there’s no comprehensive book on the English-language market that explores their career, music, and fans. As a journalist who has covered their career for years, I’ve been in awe of BTS and what they’ve been able to achieve and it felt like now was the right time to fully flesh out their story so far. The original title was actually Blood, Sweat & Tears: The Story of BTS, which I came up with in reference to both their hit song that was a major milestone for their global rise and also the intensity of what they’ve been able to achieve and how we’re still seeing them write their own narrative, but it was changed during the process to be a bit more concise since I’m pretty wordy.

How have BTS taught the world to love itself?

BTS has released their music by focusing on a series of socio-cultural issues, and several series', such as their Love Yourself series which was the first to land them on the top of the U.S.’s Billboard 200 chart and their current Map of the Soul series, through which they use their songs to share narratives and messages relating to how an individual can come to better love and understand themselves. Through their music, social media, fundraising campaigns including one working with UNICEF, they’ve really done a lot to relay this self-love message, and it’s one that resonated with many fans. Right now, the world is really hard for so many people but art and culture is a real solace for so many, and BTS’s music is so expressive when exploring various themes, such as Love Yourself, that I believe it’s really become the soundtrack to many people’s lives right now, a bright light amid all the struggles.

Is there a K-pop phrase you love, and why?

Not specifically K-pop, but in BTS’s “Go Go” they use the term “탕진잼” (tangjinjaem). It essentially is a sardonic way to say “it’s fun to spend all my money,” kind of like “treat yourself.” I find myself thinking about it a lot whenever I’m buying something, because I don’t really need anything and honestly should be saving my money but, as BTS sings, the older generation has devastated the future for ours, so I’m just going to enjoy the present as I can. I know, it’s terrible.

There’s not really any one way to describe K-pop fandom, because K-pop fans come in all shapes and sizes across the globe. But, though I’m generalizing, I think K-pop fans in general are people with a lot of passion. Sometimes that can be a good thing, and sometimes a bad thing. Personally, I’ve met people from different walks of life and been open to different ideas that I probably would never have encountered if I hadn’t become engaged with K-pop fandom, and I think that’s the same for many fans. 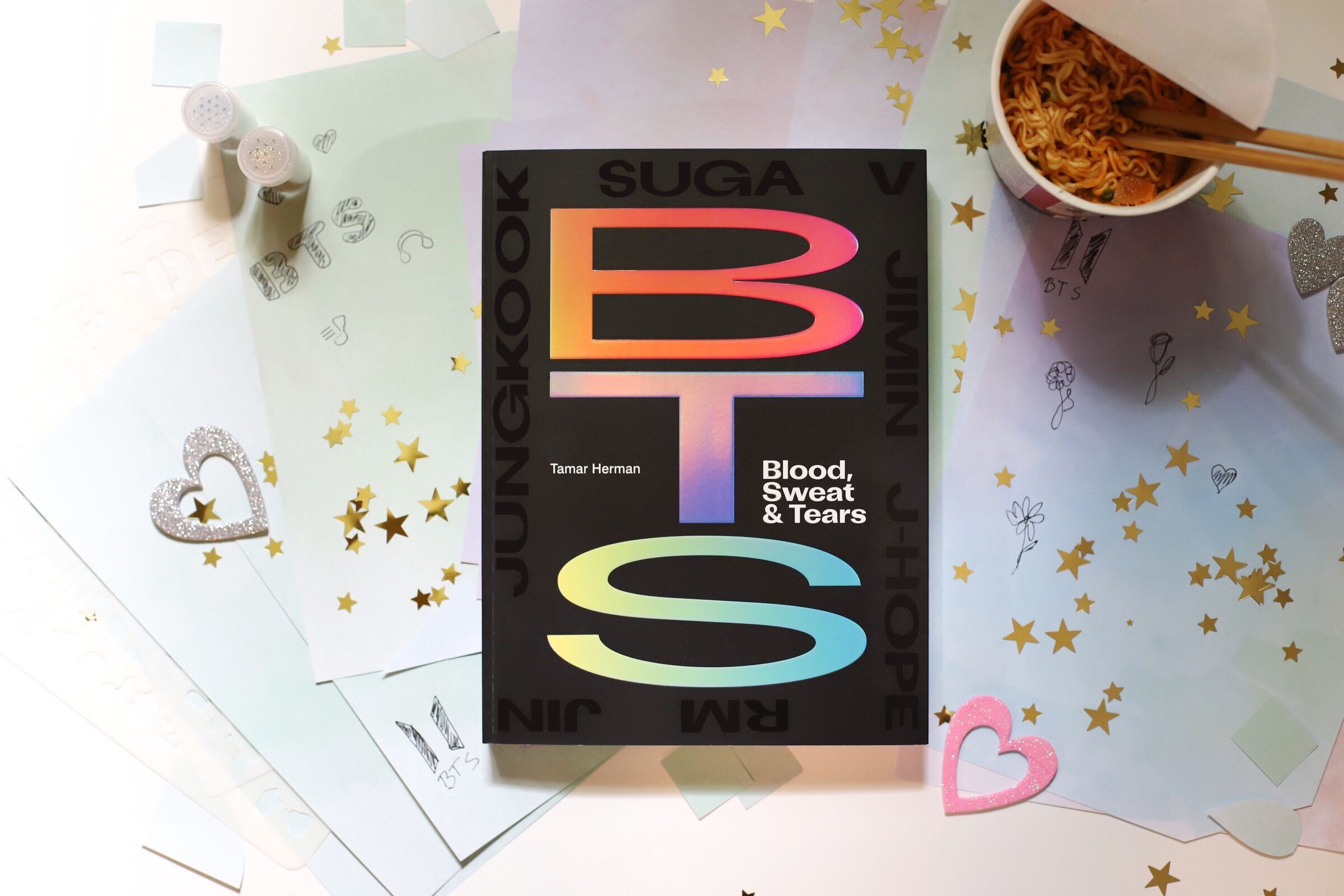 What’s some of the most common myths about K-pop music?

Oh, where do I start. First, it’s not a genre, it’s an industry, and, if you want, a style of music, but it’s not like you press “K-pop” on a computer and it spits out the similarly styled song. K-pop is never really about similarly styling things in general… Secondly, that they’re not artists, they’re just products. That’s really so, so reductive, it’s like saying that an actor isn’t good at what they do unless they wrote the script. There’s a lot of Orientalism and xenophobia involved when people talk about K-pop without really thinking about it for more than a trending moment. I could go on forever about this, honestly. Probably too much for an interview.

One BTS interview you’d love to do over again, and why?

I actually had a really traumatizing experience with my first interview with them, during the Wings tour. I was a new-ish writer at the time, and my time with them was cut short by their PR team in favor of some other interviewers. In the end, I only had seven minutes to talk with them. They were really great, but that’s just not enough. Then on top of that I was working with a new outlet and the editor really seemed to think editing my work was more about rewriting and making it their own. It’s one of the biggest regrets of my career so that interview I’d like to redo, because they were really just about to make it big in the U.S. and I think they deserved more.

But, on a brighter note, I spoke recently during the Map of the Soul: 7 release cycle and RM appreciated how I interpreted the album as a love song to their career, which was just like… The nicest compliment an artist can tell a music journalist, that they enjoy how we interpreted something. I hope we get to discuss their music and career more in the future.

Do you have a favorite BTS moment?

There are so many moments, it’s really hard to pick one but on a personal level I think it had to be during their Prudential Center date of their 2017 Wings tour. Fans put on a special project, using plastic bags on top of their ARMY Bomb light sticks to create a rainbow in the crowd during the end of the show. I remember looking around at the crowd and then the band’s surprised, grateful expressions and thinking that it was one of the most beautiful things I’ve ever seen, how everyone in the audience was inspired by them to bring to life a more colorful world. I had just lost my grandfather that week, and had actually gone from the shiva to an interview with the band, and I had been feeling terribly alone on an emotional level, losing myself in the concert and my work only to be reminded that my world had become a bit darker that week. But in that moment, it really felt like everyone there was connected, and it was just so absolutely inspiring, that even in this world where everything seems discordant music can bring us all together to make the world a brighter place.

Oh! And their MAMA Saitama performance in 2018? Absolutely amazing!!!!! I was lucky enough to attend that show, and the staging of their “Fake Love” performance with the giant hands and their choreography just blew me away. Plus they also performed “Anpanman,” which I have a lot of love for.

How about a song and why?

That’s too hard!!!!!! I have a lot of favorite songs from them, otherwise I wouldn’t have spent so long writing about them!!! “Blood Sweat & Tears” is my favorite music video by far, if that wasn’t obvious. I think the cinematography and staging is really extraordinary, and love how it exemplifies many elements featured in BTS’s creative narrative, which runs throughout much of their career.

Pick up your copy of BTS: Blood, Sweat & Tears By Tamar Herman here.