The Quincies’s Thousand Year Blood War is over, but the embers of turmoil still smolder in the Soul Society. Tokinada Tsunayashiro, elevated to head of his clan after a slew of assassinations take out every other claimant to the title, has a grand plan to create a new Soul King. His dark ambitions soon sow the seeds of a new total war across the realms, but all is not lost. There is one unlikely Soul Reaper who holds the key to defusing the conflict—Shuhei Hisagi, assistant captain of the Ninth Company and reporter for the Seireitei Bulletin!

Here is a sneak peak from the new Bleach novel, available now. 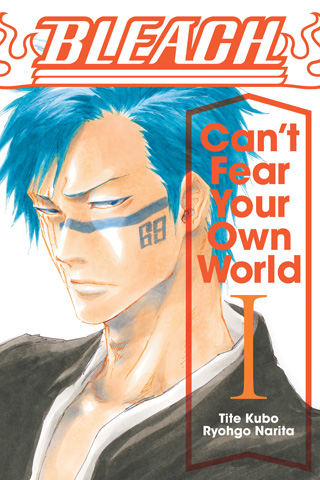 ONCE, A GREAT WAR RAGED between the gods who claimed to preside over death and those who destroyed the souls of the wicked. After a thousand years of discord, the conflict came to an end when the kings of both sides were brought down. And this great loss became the opportunity to usher in a new dawn for the relationship between Soul Reapers and Quincies. But few knew the real truth that a single person had been responsible for killing both kings— one who was neither Soul Reaper nor Quincy.

The rebels who invaded the Soul Society were known as the Vandenreich, or the Invisible Empire. Their leader was defeated by a boy who served as a deputy Soul Reaper in the Thirteen Court Guard Companies. That scant bit of knowledge, along with the declaration that “the Thirteen Court Guard Companies protected the Soul King,” was the only information to be disseminated across the Soul Society.

In other words, news that the Soul King—the very foundation of the Soul Society—had died was withheld to prevent the spread of panic. Residents of the Soul Society, including rank and file Soul Reapers, still believed that the Soul King was enshrined in the Reiokyu, the royal palace. The knowledge of his death was limited to specific Soul Reaper captains, a few higher-ranked seats, and those who held important posts in the Seireitei, all of whom were not especially anxious to destroy the general peace by exposing the truth.

And so restoration of the Seireitei began. Whether the upper echelons of the Soul Society had made the right decision when they chose not to rob the people of their emotional anchor would be determined in the decades and centuries to come.

That last battle later came to be known as “The Great Soul King Protection War.” Our story traces back to a time immediately after the end of that conflict.