Incoming transmission from Cherami Leigh, the voice behind NieR Automata's A2. She's reading an excerpt from the new novel NieR:Automata: Long Story Short, based on the hit game. Glory to mankind.

The moment I opened my eyes, I was baffled by the greeting from the rectangular box. I thought I was still dreaming. But I’ve seen this talking box before. When I met No. 2 and No. 9 at the forest castle, this box was floating next to them. It had transmitted that revolting voice. That woman that said whatever she wanted, about how I was a traitor and that I was a dangerous android.

Just thinking about it made me annoyed, so I was planning on ignoring the box.

“I am support unit Pod 042. I will assist YoRHa android A2 with artillery support.” 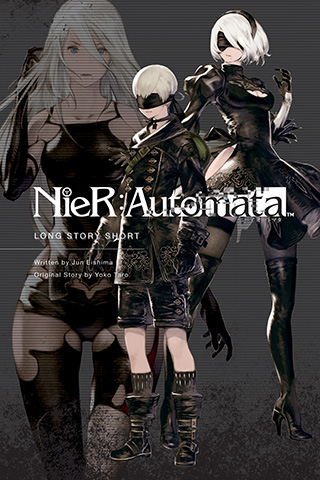 “Affirmative: I did not receive an order from A2. This action was directed by the previous user, 2B, as a final directive.”

“YoRHa android A2 does not have the right to decline.”

Eventually I got tired of resisting and let the box do whatever it wanted. But it was really a useless box in terms of its so-called “support.” When I asked it about the identity of the strange fissure-inducing structure, the only thing it said was, “Unclear, but speculated to be the Machines’ doing.” Even when I asked it about the whereabouts of 2B’s corpse or 9S, it echoed “Unable
to answer.”

If anything, its artillery function was useful. Since I didn’t have the means to perform long-range attacks, it conveniently diversified my attack maneuvers, though I was fed up with it trying to act like it was doing me a favor, saying things like, “Recommendation: Gratitude to this support unit for providing the user with long-range attack capabilities.”

I was furious. I was perpetually enraged at the Machines that killed my comrades. So much so that I was unable to restrain myself from killing them. That’s why, when I met this one, I had planned on killing it immediately. I declared, “I’ll have you pay for the sin of killing my comrades.”

“Is that right? Then it cannot be helped, if doing so will appease you.”

Despite being a Machine, that’s how it answered, with surprisingly sophisticated diction. It was slightly bowing its head, waiting patiently for my sword to be swung down. A somewhat unsettled feeling overcame me.

“You are not going to kill me?” it asked in a bewildered voice.

“Shut up,” I told it, shooing it away. It informed me that its name was Pascal, and after saying, “Thank you very much,” it flew off.

Thank you? A Machine using words of gratitude? A lowly Machine?

It upset me even more…that I spared a Machine.

Get your copy of NieR:Automata: Long Story Short today, available in print and digital.