Dinah Baergas, the winner of the Hokage for a Day Contest, was more than excited when she got the good news. And after she calmed down, we got the chance to ask her a few questions about her love of Naruto. Here's what she said!

SJ: How has Naruto affected your life?

Dinah: The go hard ninjas from Naruto taught me profound messages of bonds, community and self identity. They give me strength and assuredness as I prepare for the next steps in my life. From them, I learned that being okay with myself should never be compromised and that smiling is contagious.

SJ: Who is your favorite Hokage and why?

Dinah: The First Hokage Hashirama, for sure. His desire to protect others was what strengthened him, even while fighting his best friend. Naruto is a close second, because he didn’t let being a Genin stop him from being Hokage. 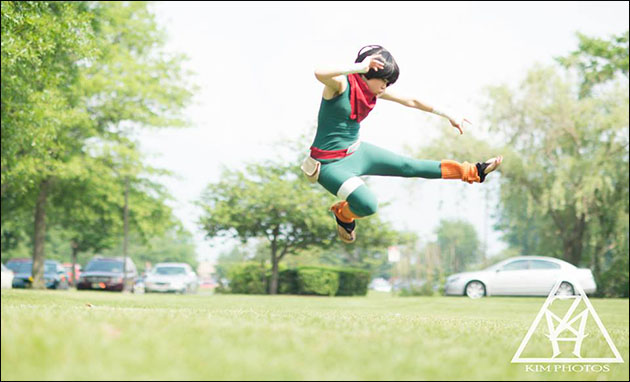 SJ: Are you nervous about meeting Kishimoto Sensei?

SJ: What’s your favorite memory cosplaying as a Naruto character?

Dinah: It would have to be the time my big sister and I crashed a Naruto photo shoot in front of the VIZ Media booth at NYCC. At that time, we were cosplaying kid Kakashi and Guy. It was satisfying to see so many people excited and humored by our cosplay (and performance), but even more so to have made new friends.

SJ: Your video was chosen over hundreds of others, how surprised were you when you found out you won?

Dinah: After I was told I won, I went home from class and took a nap. The feels were strong and I didn’t know what else to do. I’ve never been slapped by awesome, but I imagine that was what happened. It is very humbling to have been chosen considering there were so many impressive entries in this contest. 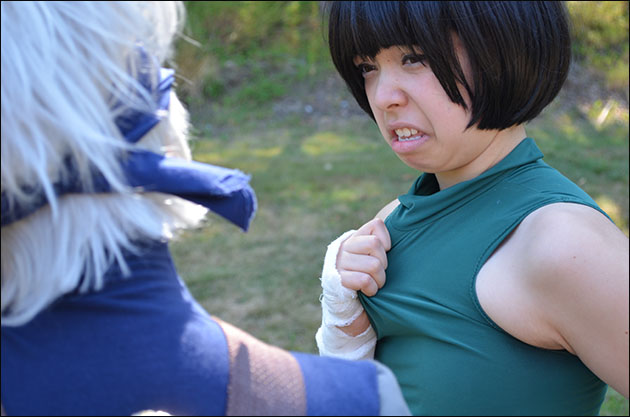 SJ: It’s a lot of pressure being a Hokage, do you think you’ll be able to handle it?

Dinah: There’s nothing the power of youth can’t handle.

SJ: Anything you want to say to other die-hard Naruto fans like yourself?

Dinah: A sense of humility and fellowship is what turns a good boss into a great leader.

Bio: Dinah's an illustration senior at Parsons, a bonafide carnivore, and a professional geek. She specializes in character design and animation. In her free time she loves to cosplay, exercise, and wrestle her two rescue ninja hounds.

As you can tell, this young ninja has a great sense of humor! You can look forward to seeing her adventures at NYCC here on the site!