Winry, childhood friend of the Elric brothers, is ecstatic to advance her training as an automail mechanic in Rush Valley. Her passion and skills are tested when she crosses paths with a boy who lost a leg and can’t get back on his feet. Meanwhile, Edward and Alphonse Elric just can’t seem to stay out of trouble, even when they’re trying to get noticed for doing good deeds! 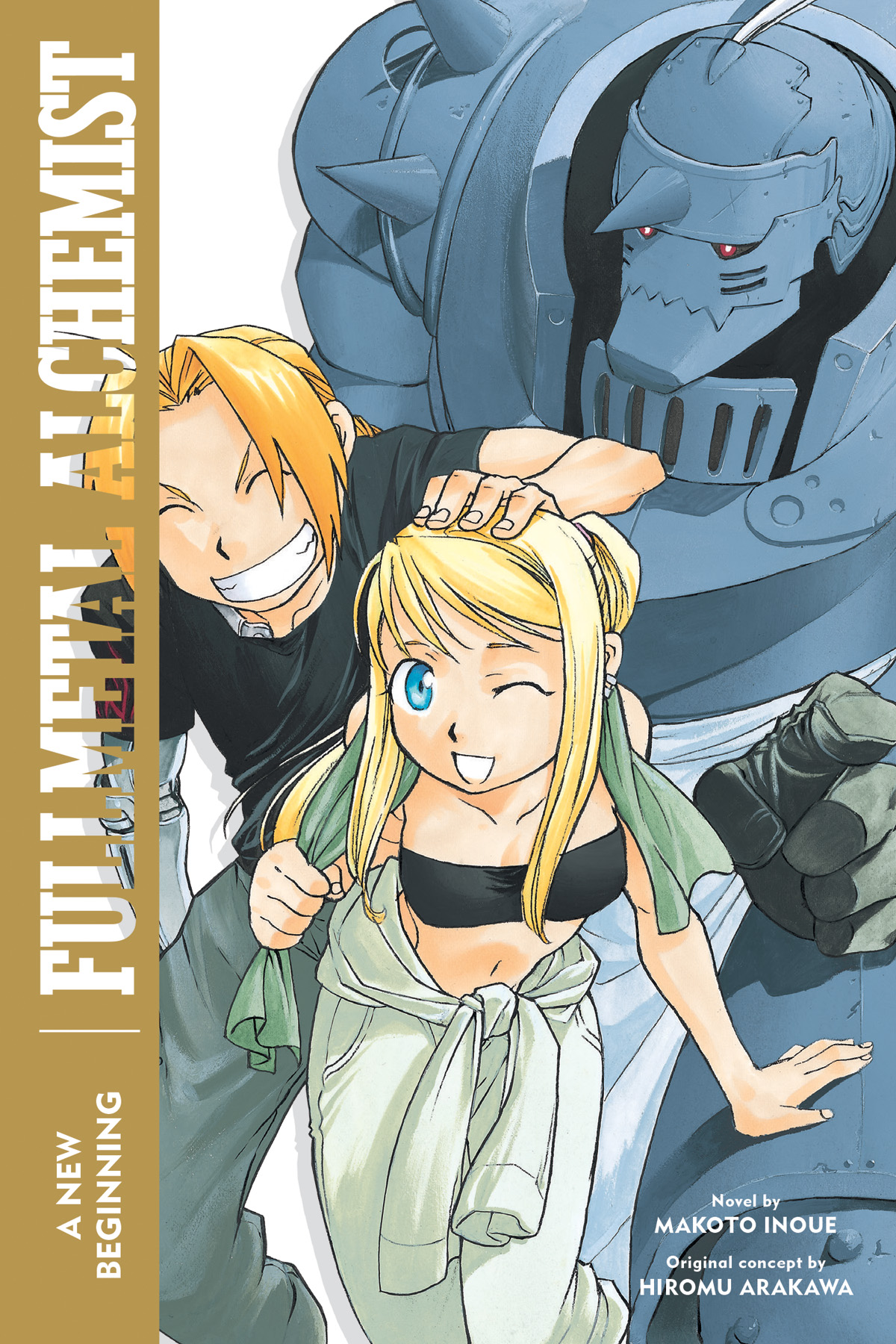 Parched winds swept along the mountain range. Sunlight bathed the rocky terrain, producing a heat that made the air shimmer. This was the south of Amestris, where the town of Rush Valley lay.

The town, having made a name for itself within Amestris for its steel industry, was frequented daily by travelers and merchants who came and left by way of steam locomotive. However, even the congested station temporarily regained a sense of peacefulness after each train departed.

The station roof shadowed the deserted platform after one such departure. In a corner of the platform, a lone girl spoke over a phone.

“Uh-huh, that’s right. Ed and Al are going to Dublith. I’m about to head to the place I was told to apprentice at.”

The girl seemed familiar with whoever she was on the phone with. A smile occasionally flitted across her face as she spoke, her wide blue eyes blinking in delight and her long blond ponytail swaying. As she chatted away, her silver earrings glinted with all the bright charm that the girl herself emitted. Wearing those sparkling earrings and a short black skirt with a white camisole, she was the very image of a girl with a sunny disposition.

After smiling for the person on the other end of the receiver, the girl—Winry Rockbell—hung up the phone.

“I wonder how far their train has gone,” Winry said, staring at the rails stretching out from the platform—the rails that had carried the departing train she had just seen off.

“Next time you can make me a better one of these!”

Those had been her childhood friend Edward’s parting words to her as he leapt onto the train with his little brother, Alphonse. He had pointed at his arm as he spoke. Edward, whose right arm and left leg were automail, and Alphonse, who had a suit of steel armor in place of a flesh-and-blood body, had started a journey several years prior in search of a way to regain their original bodies. Winry, an automail mechanic, had always supported the siblings from the sidelines. Ever since she lost her doctor parents when she was young, she had been raised by her grandmother Pinako, who was also an automail mechanic. Winry had been doing automail maintenance in her hometown, Resembool, for as long as she could remember.

However, Winry was standing at Rush Valley’s station at the moment, which was a long way from the place she had been born and raised.

“Winry, how about we get going?” A voice called to her from the ticket gate.