When I was a kid, I had this book. I can’t remember the title, but it was one of those unofficial anime guides that was popular back in the early anime boom. It was written by a mom and her son, all about Dragon Ball Z. The book was shockingly comprehensive for 90's DBZ fandom and went into intricate detail about the source material, several lines of toys and even a pen-and-paper RPG. It was pretty mind-blowing for a kid who lived in an area that barely had action figures available. But what really stood out to me was a chapter on the movies. I don’t recall any of the movies being available at that point, and the section in the book was proportionately brief. Simply fantasizing about seeing Dragon Ball in a movie theater was enough make child-me a happy camper.

Fast-forward to present day, and I’ve finally had the experience. It was everything I hoped it would be and more. 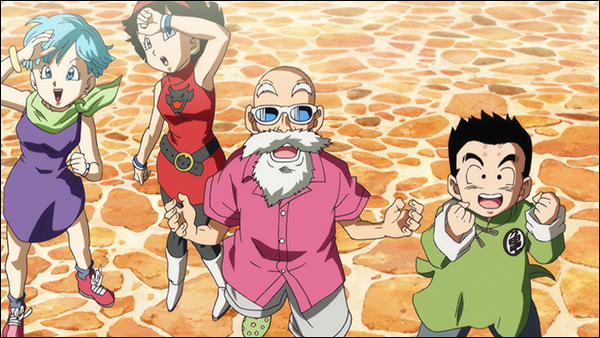 This isn’t the first time FUNimation has brought a Dragon Ball Z movie to theaters, but this is the first time a new movie has happened. Before Battle of Gods, the last Dragon Ball movie was made in the mid-90’s. The new movie is a celebration of the franchise in its entirety. And that’s exactly what Battle of Gods is—a nod to everyone in front of the screen, a shout-out to the new fans in the audience and everyone who has stuck around since the beginning. 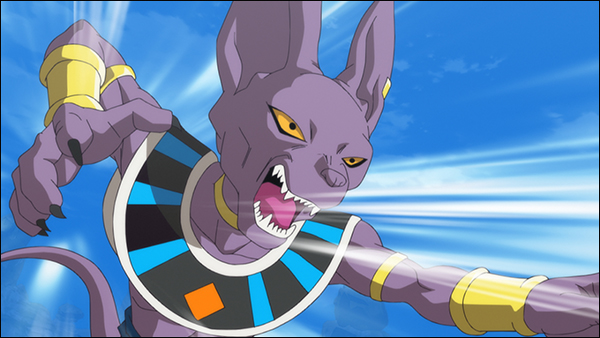 Five to ten years ago, newer Dragon Ball products generally focused on the action, which made sense as most of these products were video games. When the newer animations started appearing, the tone shifted back towards the comedy side of Dragon Ball, which is frankly more in line with the source material. Battle of Gods is no slouch here, and the tone is spot-on. The entire build, emergence and eventual climax of the villain encounter revolves around some seriously bizarre situational comedy. It’s hilarious, earnest and has something for everybody. I had the pleasure of being in a packed theater, and the room exploded with laughter on several occasions. Fans of Vegeta will be especially happy. 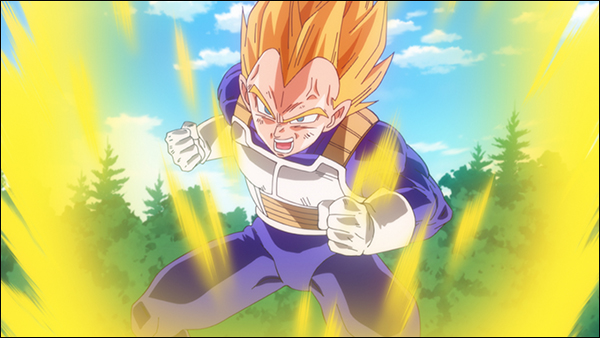 That said, if you’re into Dragon Ball for the action, you might be a little disappointed. The animation is noticeably low-budget at times, and the big fight scene is all over the place in terms of quality. The final moment looks amazing, but everything up to that point is full of obvious shortcuts and awkward CG. The choreography for the fight, on the other hand, is very well done. Despite the visual inconsistencies, Battle of Gods still easily captures the audience’s attention for the entire running time. 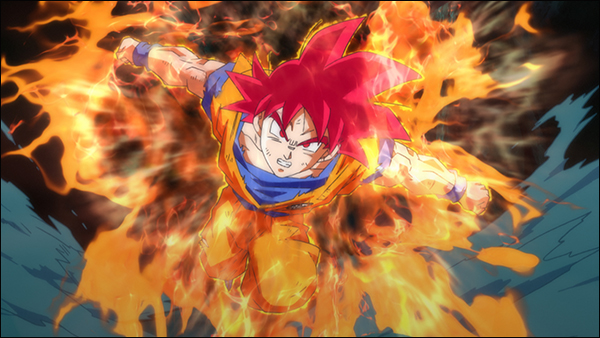 One of the biggest surprises, for me, was how good the dub is. All of the obviously added jokes are on-point, and the actors really pull out all the stops. You can feel how they’ve grown along with the audience, and considering that’s what this is all about, it only adds to the experience. Sean Schemmel does some of the best work he’s ever done. Chris Sabat steals the show.

Battle of Gods theatrical run was limited, but believe me when I say this sucker is worth tracking down the second it hits home video. Any fan of Dragon Ball, young or old, owes it to themselves to check it out. Even if your fandom has been dormant for years, this movie will fill a void you didn’t even know you had.

You don't have to actually track down the Blu-ray/DVD, you can pre-order it righ here!