But those days are now long gone now. Instead, he's stuck in a time loop, cursed to relive the same day over and over—the day of his death.

Keiji's generation has only known war. By the time he was a small child, strange aliens known as Mimics invaded Earth and are slowly but surely gaining control by wiping out humanity. Now Keiji is all grown up and is a Jacket Soldier, a specialized soldier that dons metallic armor to fight against the Mimic threat. He's about to embark on his first battle ever, and understandably he awakes in cold sweat from a nightmare where he dies on the battlefield. But the nightmare is so real, that it leaves him shaken. As the day goes on, he realizes more and more that what he thought was a nightmare was actually reality. And what's most disconcerting for Keiji is that reality resets after his death. 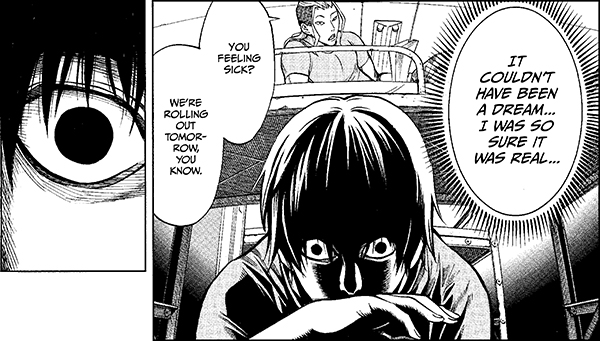 From that point on, Keiji experiences the full gamut of emotions, ranging from despair to determination to listlessness to elation and so on. For Obata Sensei to masterfully depict the Keiji's gradual deterioration is mind-blowing. It's one thing for an artist to skillfully capture the atrocities of war with action-packed and corpse-strewn panels, but that pales in comparison to capturing Keiji's mental disconnect and eventual redemption through his relationship with the best skilled Jacket Soldier alive, Rita Vrataski. 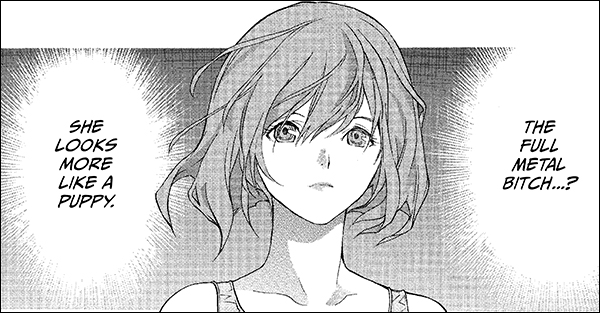 Rita Vrataski is humanity's best hope against the Mimics. Despite her diminutive size, she's actually the most skilled and revered Jacket Soldier, inspiring the moniker "The Full Metal Bitch." But how did she get so strong? Rita's an interesting character, in that she understands Keiji's plight because she herself experienced many time loops, using that to her advantage to become a god of war. Keiji too decides to use this time loop to train and become a super soldier like Rita, one capable of stemming the tide of war. 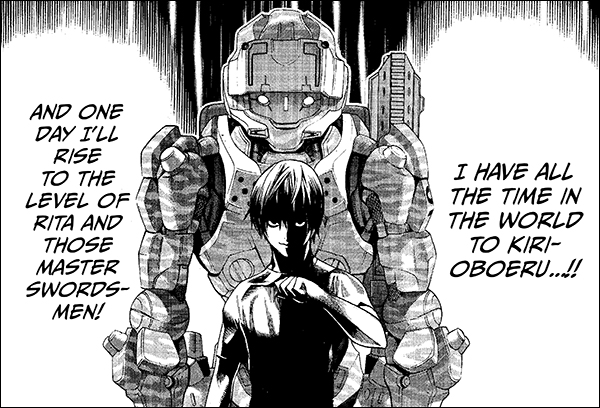 Here is where the narrative conflict of All You Need Is Kill truly shines in comparison to other works of art that tackle a similar theme. In the dark comedy Groundhog Day, the protagonist finds redemption by slowly improving himself and eventually finding love. But Keiji's reality is much darker. And although he takes comfort in the fact that there is someone else out there that understands exactly what he's going through, the fact of the matter remains that he's stuck in a bloody battle, reliving the day of his death until he can figure out how to end the time loops. But can Keiji do the seemingly impossible before he loses his sanity? 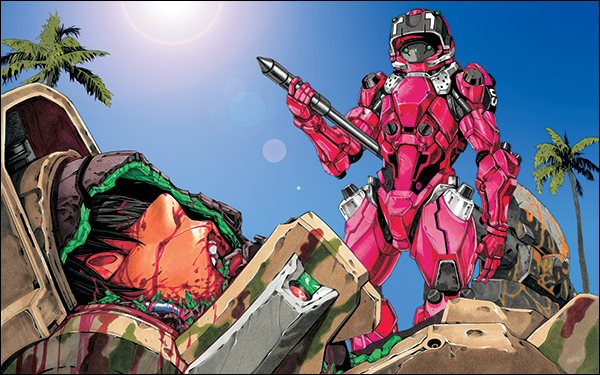 All You Need Is Kill is available now. Check HERE for more details!