Last month during our Moonlight Party livestream event, we announced that Sailor Moon R The Movie is coming to theaters for the first time in North America. Just in time for the Holidays, we have even more exciting news!

Sailor Moon's first dazzling movie is getting a red carpet premiere event worthy of a Moon Princess. On January 13, 2017 we will be hosting a beautiful soirée at the gorgeous and historic Theatre at Ace Hotel in downtown Los Angeles, California. 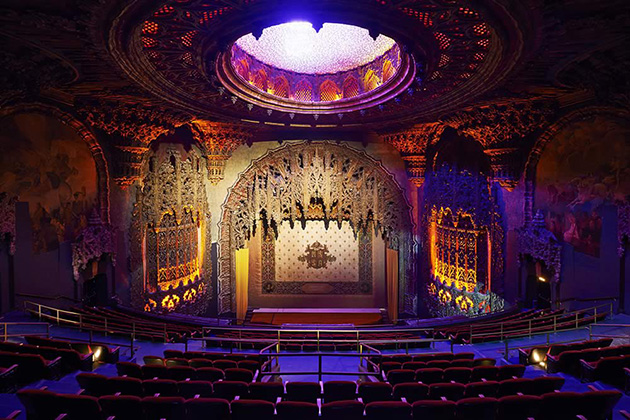 We'll be doing more than just showing the movie, though. When we say dazzling, we ain't foolin'! This special, one-night-only event will feature a live introduction of the film, the theatrical short, Make Up! Sailor Guardians, Sailor Moon R The Movie uncut and restored in HD, and, after the movie, there will be an exclusive live Q&A with the English language cast and staff of the film. The movie will be presented with English dub for this special event.

Better still, we will have lots of surprise guests and available concessions will include variations on some of the fan-favorite Moonlight Party treats we've shown in the past. That's not all! All attendees will receive an exclusive gift with their ticket to the event. 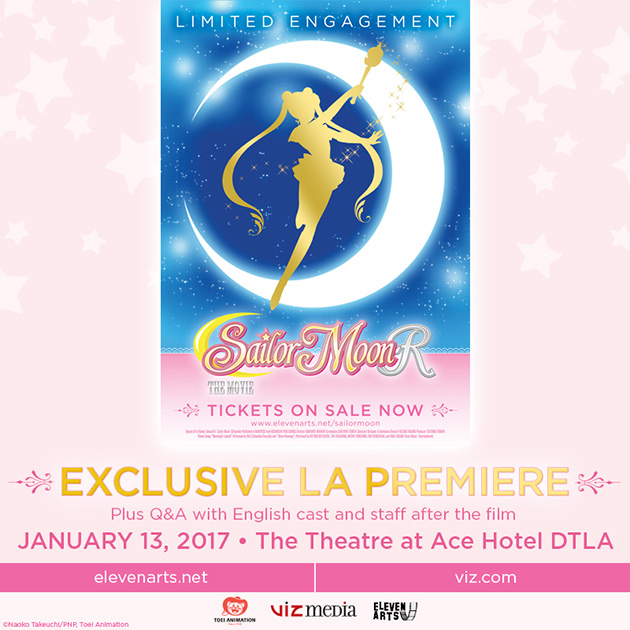 Tickets for this very special event are on sale now right HERE and will only be available while supplies last. Dressing to impress, be it your best Sailor Moon cosplay or formal wear, is encouraged but not required. Let's be honest though, who doesn't love a chance to dress to the nines from time to time?

If you can't make it to the Los Angeles area for the premiere, fear not! We will be announcing the first batch of cities for the nationwide release of Sailor Moon R The Movie in the coming weeks. Showings will start on or around January 20, 2017. Be sure to check back here on the VIZ Blog, as well as the official Sailor Moon and VIZ Twitter accounts for all the latest updates. Cities and locations will update as they become available, including screenings for both the uncut English language dub and the Japanese with English subtitles version.

In the name of the Moon… don't miss it!