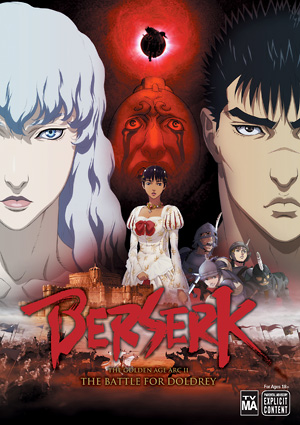 For three years, Guts believed his mission was to pursue Griffith's dream together with him. But in order to become Griffith's equal and truly be called his friend, Guts realizes he will have to leave the Band of the Hawk. At the same time, a bloody battle to capture the impenetrable Fortress of Doldrey from the Empire of Chuder is about to begin. The Band of the Hawk will face an army 30,000 strong!