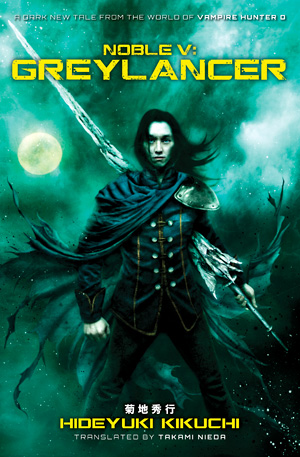 It is the year 7000 by Noble reckoning, and the vampire rulers of the world have grown complacent. When the Outer Space Beings invade, the Noble warrior Greylancer must pit his skills and magic against the technology of the OSBs, quash an anti-Noble rebellion, and, when he is critically injured, turn to mere humans for help. The Three Thousand Year War of Vampire Hunter D begins here!

If you like Noble V: Greylancer, VIZ Editors recommend: