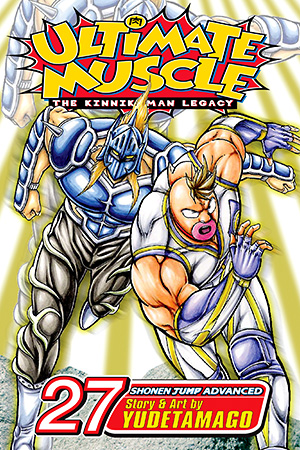 For their final battle against the Demon Seeds, Muscle League heroes Kid Muscle and Kevin Mask face supreme baddies Boltman and Shivano within the oversized organs of a colossus. If Kevin and the Kid can stomach climbing the corpses of fallen Muscle Leaguers to reach the ring, maybe they can get to the heart of the matter, but it'll take plenty of nerve. But at least this time nobody can say Kid Muscle doesn't have guts!

But if our heroes can't pin the Demon Seeds, what happens to Meat won't be anything to laugh about. Kid Muscle's super-smart advisor is about to be absorbed by the forces of evil and reborn as the brain of the evil General Terror. And with King Muscle racing to warn his son about General Terror's true identity, there's a body of evidence that this means trouble!