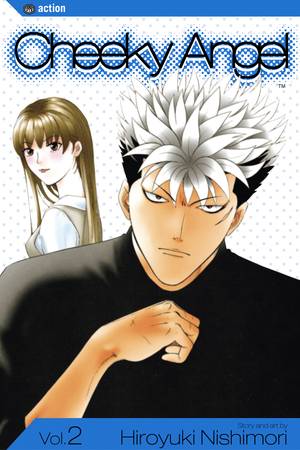 All Megumi ever wanted was to be the, "manliest man on earth." Thanks to a wish-granting genie who misunderstands the young thug's only desire, Megumi is magically transformed into the epitome of feminine pulchritude...meaning he/she's totally hot. Not only do all the boys in school admire her charisma (and bone-crushing strength), some have gone so far as to become her self-appointed bodyguards. How will they react when Megumi tells them her secret? And why is Genzo, the baddest dude in town, wearing a dress?

One of the most popular titles in Japan today, Hiroyuki Nishimori's A Cheeky Angel brings gender rending comedy and inappropriate slapstick silliness to a new level.