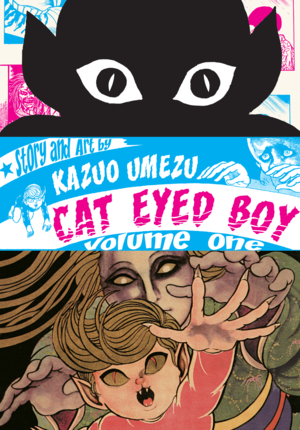 A chilling concoction of dark vignettes dripping with the macabre, the grotesque and the absurd. Hated by humans and demons alike, Cat Eyed Boy dwells in the shadows of the human world. No matter where he goes, terrifying situations involoving humans and demons begins to unfurl.

Our first volume contains four stories and the first part of a fifth and longer story.

From Kazuo Umezu, the undisputed master of Japanese horror manga and creator of The Drifting Classroom, we bring a new morbid feast to the table… Cat Eyed Boy.

If you like Cat Eyed Boy, VIZ Editors recommend:

The Kingdom of the Gods