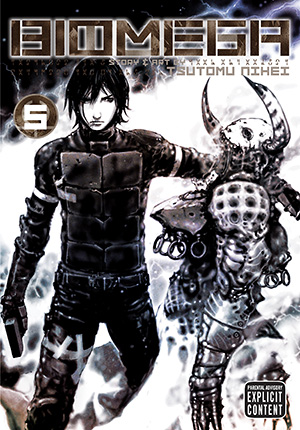 Seeking to remake the world, Niarudi--the matriarch of the DRF and the mastermind behind the N5SV drone epidemic--has unleashed the Reverse Morphic Polymer. But unplanned contact during the transformation reduces the planet to ruin. In its place a giant cordlike world appears, complete with its own population and ecosystem. Enveloped by the change, Zoichi, Nishu and the others set out into this bizarre new world to thwart Niarudi's plans. The strange inhabitants of the "cord" bring stranger revelations still, and the struggle to control the future of humanity turns toward its final conflict!